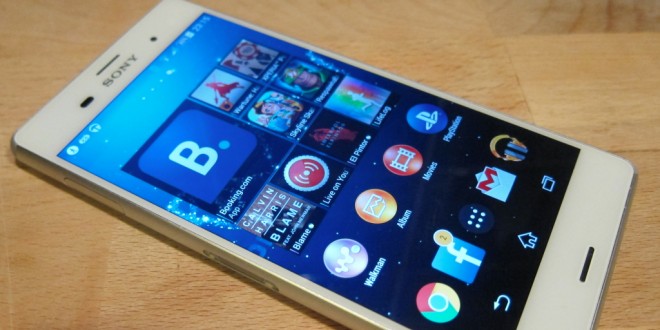 Get a cheap Xperia Z3 from T-Mobile

The Xperia Z3 was missing from the T-Mobile store the last couple of weeks as the company or rather company exec monitoring the T-Mobile Twitter account confirmed that the Xperia Z3 would no longer be available. It seems that the exec or account manager was not clear on what T-Mobile was planning to do with the Sony flagship, as the Xperia Z3 is back in stock at the carrier shop, and it’s available for less than before.

You can now get the Xperia Z3 for $500 from T-Mobile, and it’s actually the price for the contract-free edition of the smartphone, so it sounds like a bargain. Although paying $500 for a smartphone that doesn’t seem to be going with the times just yet seems like a bad idea, especially since Sony is definitely prepping a new flagship for the U.S. market, it is a fair deal in my opinion. Seeing as before the Xperia Z3 went missing from the T-Mobile store, its contract-free price was $630, that $130 discount is appealing.

You can snatch the Xperia Z3 now from the T-Mobile store, with or without a contract, but it’s only available in black as far as we can tell. Rumors are that the Xperia Z3 price was slashed because T-Mobile and others are prepping to introduce a new Sony flagship into their stores, which will be marketed at fans soon enough. Although the Xperia Z4 was launched in Japan this week, it is exclusive to the country and we’re most likely going to see a different phone being launched by the company in the U.S. Previous rumors suggested that the U.S. version of the Xperia Z4 release date would be between May and June, so that’s looking like our best for a refresh of the Xperia line in the country.

Although the newly launched Xperia Z4 doesn’t have anything special, save for the Snapdragon 810 CPU and a few extra features, it still looks and feels like a smartphone that’s worth the price. In any case, for those of you who were eyeing the Xperia Z3, the T-Mobile offer would be a great opportunity to seize. We would recommend waiting a bit for the new flagship to be launched in the U.S., as our spidey senses are telling us that a surprise is being prepared. That would be really nice for both fans and Sony, because Kazuo Hirai had hinted at spinning of the smartphone division of Sony, as it seems to be doing rather bad on the market. We hope it doesn’t come to that, though, but in order to avoid sinking into being forgotten, Sony’s smartphone team should think of an Xperia Z4 that will blow Americans’ minds.

My life-long dream has been to test out every gadget on the market! Considering the fact that I've rapidly destroyed almost every gadget I've had so far, I'm not inclined to owning something, so my ideal outcome would be to have a different gadget each month. I'm really into smartphones, wearables and tablets and I love Playstation and Xbox, I'm sure I'll beat you at your own game (after a month of training... or two)
Previous Nexus 7 discontinued as the program declines in popularity
Next Android 5.0 Lollipop for Galaxy S4 Mini canceled, not approved by Three UK

Today, Sony launched the new Xperia Z4 flagship in Japan, and so far it seems ...