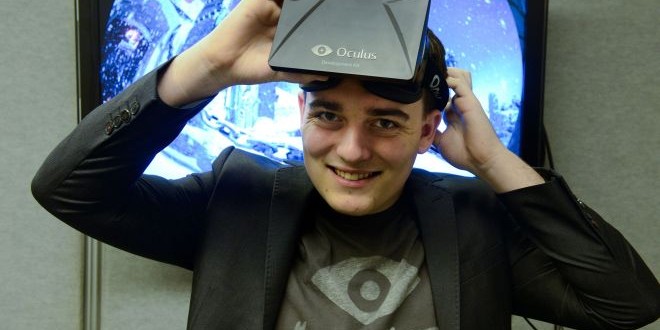 The highly anticipated VR headset has had its share of legal troubles over the years, but the company now face the prospect of another lawsuit as creator, Palmer Luckey is accused of, “taking confidential information he learned while working with another company and passing it off as his own.”

A Hawaiian company, Total Recall Technologies, is the one to press charges against the Facebook owned company as they accuse Oculus creator, Palmer Luckey of stealing ideas from a prototype they commissioned him to design in 2011, breaching a confidentiality agreement he signed. In a statement the companies law suits states, “Throughout the latter half of 2011 and into 2012, Luckey received feedback and information to improve the design of the display.” They are suggesting that when Luckey left to start a Kickstarter campaign for the Oculus he took with him confidential designs for the display and breached his contract with them.

Total Recall Technologies are looking for compensation and punitive damages, but stopped short of giving a specific amount. When Reuters approached Facebook for a comment they declined. This isn’t the first accusation of stealing technologies aimed at Oculus. The Facebook owned company are already in a legal battle with Zenimax, who claim that the Oculus stole virtual reality technology from them. Oculus denied these claims at the time, releasing a statement saying, “The lawsuit filed by ZeniMax has no merit whatsoever. As we have previously said, ZeniMax did not contribute to any Oculus technology. Oculus will defend these claims vigorously.” expect a similar denial in the coming days reagrding the new lawsuit.

The Oculus finally got a release date earlier this month, with the company aiming for a Q1 release in 2016 and pre orders becoming available at the end of 2015. Whether these predicted dates will be affected by this new lawsuit remains to be seen so expect more news on this in coming days.

A masochistic game reviewer, taking pleasure in games that beat me into submission regularly.
Previous Total War: Arena’s First Alpha Gameplay Trailer Has Been Released
Next Rockstar Games Are Suing The BBC Over “Game Changer”