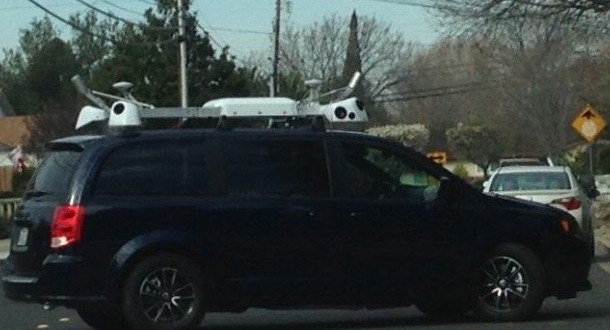 Residents of American cities may have noticed Apple’s camera-toting cars roaming around a few months ago, at the time it was unclear what their purpose was. However, new information has hinted at the company’s attempt at creating a new rival to Google Street-view. Google’s map-defining feature has been available since 2007, and has set it apart from its rivals; but now, Apple are attempting to use its own fleet of camera-equipped cars to build its own competing feature. It will be using a similar method for capturing information on streets, with a 360 degree camera mounted on top of the vehicles.

Currently, users of Apple maps can view shops in a similar manner to its rival, but it doesn’t offer the same utility of Google’s Street View. Apple hopes to allow users of its map app to roam around with the same freedom that Google Map users enjoy. Though, the feature is most likely Apple’s attempt at becoming more self-sufficient. Yelp provides the shop images, as well as information about the location being searched for. By providing its own information instead, Apple will be able to control every aspect of its Map app, keeping it in-house, like the rest of its services. This isn’t unlike Google Maps, which initially relied on third-party suppliers of information, but which has since become self-reliant.

The changes are expected to be implemented by 2017-2018. We can expect further information on everything Apple at its conference on June 8th, which is set to reveal the new version of iOS, and possibly the rumoured iPad Pro.