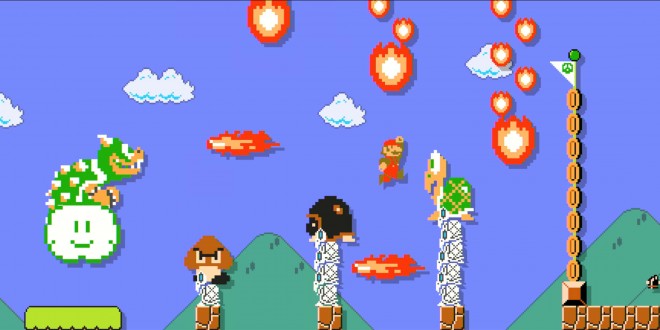 The Nintendo E3 Digital Event is my personal favorite part of E3, and Nintendo’s digital events have been getting better and better with each passing year. This year, we were treated to muppet versions of Nintendo heroes Satoru Iwata, Shigeru Miyamoto, and Reggie Fils-Aime. We also saw muppet versions of Fox McCloud, Falco Lombardi, and Peppy Hare. You know what? You’ll probably just have to watch it yourself. Below is the Nintendo E3 Digital Event, and afterwards we’ll break down all the announcements in painstaking detail with pictures, videos, info from Nintendo’s Treehouse Live event, and details from Nintendo’s official press releases.

That was awesome, right?! Right. Alright, let’s start breaking this down. Though I’d gladly spend this entire article talking about the ridiculous muppet segments, we’ll begin with the very first announcement – Star Fox Zero. This will probably be a pretty long recap, so don’t be afraid to scroll down and stop at the pictures that grab your interest. Alright, let’s go!

Yes, it’s finally happening. After a brutal tease at the end of last year’s Nintendo E3 Digital Event, we’re finally getting to get a good look at the new Star Fox game: Star Fox Zero. The game will launch this holiday season. 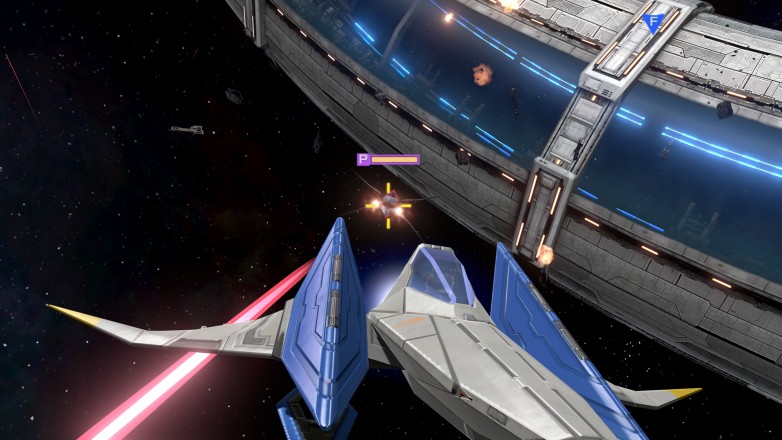 Star Fox hasn’t seen a new title since Star Fox Command (DS) in 2006. Of course, the amazing Star Fox 64 3D came out in 2011, but that was a remake of the 1997 classic. Now, we’re looking at what is surely going to be the biggest, most experimental Star Fox game of all time. The Arwing makes a glorious return in stunning HD. You won’t just be flying around in the air, though – the Arwing can transform into several different vehicles, including the “walker” that was planned for Star Fox 2 (cancelled). 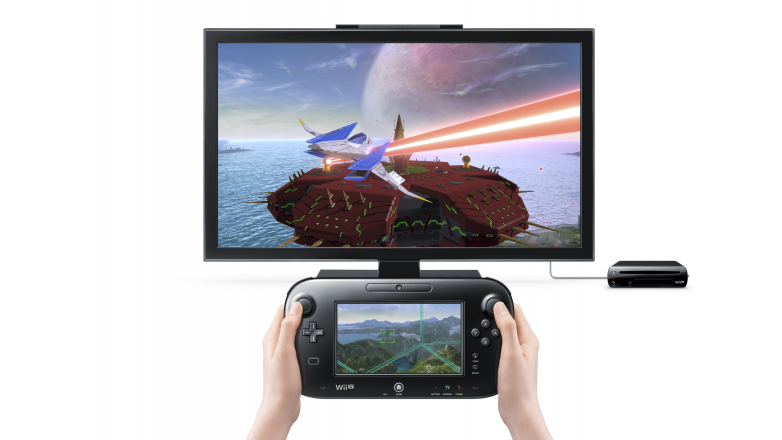 The Wii U gamepad will feature a first-person “cockpit” view, while the TV will display a more theatrical (and traditional) display. Nintendo is really pushing the idea of using both the TV screen and the Wii U screen, so it’ll be interesting to see how this feature works. The presence of dual-sticks will surely make the game feel better than previous entries, and we’re very excited to see the return of Fox, Slippy, Falco, and Peppy. This game isn’t a sequel, a prequel, or a remake – it’s a reimagining of the entire series. That’s why the title is Star Fox Zero. The developer story segment of the Nintendo E3 Digital Event gave some interesting perspective into the inspiration behind the series. This was one of the most wanted Nintendo games for this year’s E3, and it was great to see it at the 2015 Nintendo E3 Digital Event.

We got to see a developer story that explained how Super Mario levels were made in the “old days,” but we also saw a lot of gameplay. Obviously the shift from Mario Maker to Super Mario Maker was made on Sunday, but that’s not exactly a game changer. What was interesting was the ability to take elements from different generations of Super Mario titles and bring them all together when creating stages. With a seemingly endless Super Mario experience coming to Wii U with Super Mario Maker, it’s interesting to think about how Nintendo will make another Super Mario Bros. game (SMB IV, anyone?). If you’re interested in playing the game, check out Nintendo’s website to see if a Best Buy near you is hosting the demo. A more unexpected announcement was a partnership between the Skylanders team and Nintendo. In the new Skylanders Superchargers, there will be two figures that are exclusive to Nintendo platforms. A special Donkey Kong figure as well as a Bowser figure will be available for the title. The most interesting part is that these figures work as Skylander figures, but they also function as Amiibo figures. This game will launch on September 20, 2015. 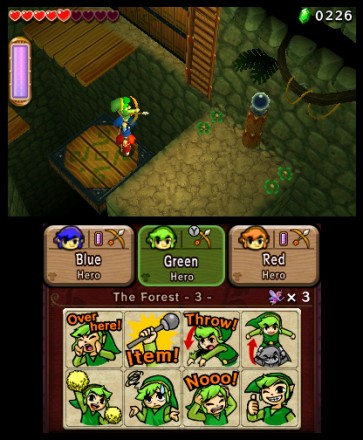 As you can see from the screenshot above, it looks like the energy meter from The Legend of Zelda: A Link Between Worlds will be making a comeback. In this writer’s opinion, this is a very good thing. It’ll be interesting to see how the meter is used and whether or not it appears in future Zelda titles. It also looks like players will be able to send messages to each other by touching an emoticon button on the touch screen. Though it’s not the Zelda game that fans have been waiting for, the trailer makes this game look like a lot of fun, and I’m glad that Nintendo included it in the Nintendo E3 Digital Event.

The cat has been out of the bag for a while on this one, but Hyrule Warriors Legends was officially announced for Nintendo 3DS. In 2016, we’ll see the game ported to 3DS with all of the DLC found in the Wii U version, plus some special content from The Legend of Zelda: The Wind Waker. Even if you’ve played Hyrule Warriors on Wii U, it’s certainly tempting to have this game in your pocket.

When Metroid Prime: Blast Ball was announced during the 2015 Nintendo World Championships, I was a bit confused – as I’m sure many gamers were. Sure, it looked cool, but is it enough to merit a standalone game? Well, during the Nintendo E3 Digital Event, we were assured that Blast Ball isn’t its own game, but rather a section of Metroid Prime: Federation Force. It looks like the game will revolve around using mechs to take down enemies. All of the gameplay we’ve seen is co-op, but we’re pretty sure a single player mode will be included as well. Though this might not be the Metroid Prime game that fans were hoping to see at E3, it’s still a very welcome addition to the 3DS library. We’ll see this game in 2016.

This game is a bit odd, but I love it. It’s my personal favorite from the entire Nintendo E3 Digital Event. Atlus and Nintendo are teaming up to bring Genei Ibun Roku #FE (working title) to Wii U. The trailer is full of beautiful music, interesting characters, awesome costumes, and a whole lot of confusion as to what kind of game this actually is. Is it a rhythm game? Is it an RPG? Is it both? We’re not really sure right now, but we are sure of one thing – this game looks and sounds amazing, and we’ll be following it closely. This one will be coming out in 2016.

Though it’s already been out in Japan for a while now, we’re finally getting to see more of the absolutely gorgeous Xenoblade Chronicles X. The game looks absolutely breathtaking in HD, and it might end up being one of the best looking games on Wii U. It looks like there have been a lot of improvements since the original Xenoblade Chronicles – the world looks bigger, the combat looks smoother, and the user interface doesn’t seem as clunky. We’ll be seeing this game hit Wii U on December 4, 2015.

Animal Crossing: Happy Home Designer has been talked about as if it’s a glorified mini-game, and I was starting to think so, too. However, this trailer from the Nintendo E3 Digital Event really changed my mind. It’s absolutely adorable, and it looks like there are a lot of customization options for each home. Though it’s not a traditional Animal Crossing title, this game really does look promising. It seems like it’ll take the relaxing gameplay of Animal Crossing a step farther, while adding support for the Animal Crossing Amiibo cards. We’re still not sure how these will be sold, but we do know that a bundle will include the game and some Amiibo cards. Look out for Animal Crossing: Happy Home Designer on September 25, 2015.

We saw a bit more of Yoshi’s Wooly Word during the Nintendo E3 Digital Event, and the gameplay they showed was absolutely fantastic. There will be Amiibo functionality that will let Yoshi wear costumes that correspond to your Amiibo figures. Of course, the Yarn Yoshi Amiibo will also be available for the game. Nintendo feels like they’ve created a great balance of challenge and fun with this game, and there are currently no reasons to believe that they’re not telling the truth. As always, Yoshi’s Wooly World looks fantastic and you’ll be able to get your hands on it on October 16, 2015.

Most gamers in the West probably don’t know much about Yo-Kai Watch, but that’s about to change. A western release of Yo-Kai Watch for the Nintendo 3DS was announced during the Nintendo E3 Digital Event. Just by watching the trailer, you’ll be able to see the ridiculous amount of charm that this series has. It has become a national phenomenon in Japan, and it might soon be taking over the U.S. as well. The gameplay functions a bit like Pokémon, but there are a few more hardcore JRPG elements to be found throughout the game. Though it wasn’t the biggest announcement of the Nintendo E3 Digital Event, I am extremely excited to get my hands on Yo-Kai Watch this holiday season.

The last game to be announced during the Nintendo E3 Digital Event was Mario Tennis: Ultra Smash. It has been a while since we’ve seen a Mario Tennis game – three years, actually, since Mario Tennis Open launched on Nintendo 3DS in 2012. That game was pretty fun, but we’re hoping that Ultra Smash will bring the series back to the glory that we saw in 2000’s Mario Tennis (N64). The trailer shows pretty standard Mario Tennis gameplay, and you can see the colored spots on the ground that were so important to Mario Tennis Open. This game will launch this holiday season. 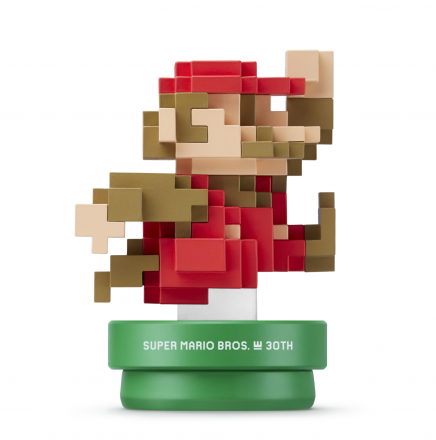 At the end of the Nintendo E3 Digital Event, the Super Mario Bros. series was revisited in a bundle of nostalgic joy. The biggest news we got out of this segment was the unveiling of the Super Mario Bros. 30th Anniversary Amiibo figure. According to Nintendo, the figure will be quite large. It will also be compatible with Super Mario Maker, though we’re unsure if this Amiibo figures will be able to function as a standard Mario Amiibo figure in other games. We’ll keep our eyes and ears open, and let you know more as soon as additional information is revealed. 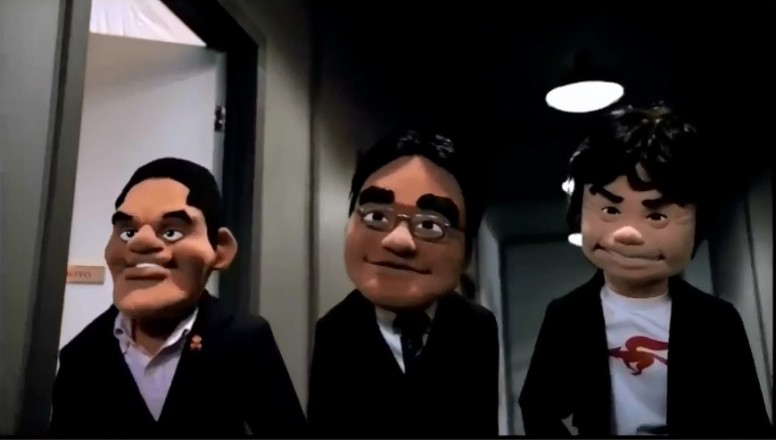 Well, that’s about it. I hope you enjoyed the Nintendo E3 Digital Event, and I really hope you’re as excited for these games as I am! Let us know what you’re excited about, what you’re disappointed about, and share all of your other thoughts on Nintendo at E3 2015 in the comments below. Happy E3, everyone, and keep checking back with Load The Game for more gaming news.

I'm Aria! When I'm not doing other things, I'm either playing video games or writing about them. If you like games, anime, and random stuff, you can follow me on Twitter @Sage0fForest
@@Sage0fForest
Previous Halo 5: Guardians E3 Gameplay Reveal
Next Google being questioned about YouTube Kids app by Senator Nelson