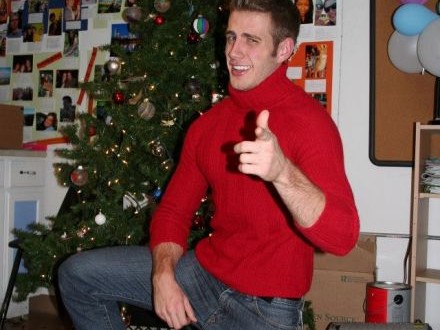 Over the course of thousands of years, human ingenuity has slowly separated us from nature. From our humble roots as cave people who struggled to create fire and wheels, to the modern age where the very stars are within our grasp, the ability to out-think everything else and invent things meant that we could not only survive, but take the planet for ourselves. The fact that you can have something in your pocket that lets you see things from the other side of the world instantaneously is a testament to that truth.

Take away everything that defines the modern age however, and you might end up with an experience that isn’t too different from what Blaine Gibson experienced in Rooster Teeth’s documentary, Connected (which premiers April 15).

“Whenever I have my phone and there’s a dull moment, it’s instinct to pull it out and hop on Twitter or check the news. During the tech cleanse, I became hyper aware of those “dull moments” because there wasn’t anything to do. Most of the time I’d just observe my surroundings and stare at stuff,” Gibson said. “There were so many times during filming where I’d be the only person in the room not locked in on their phone. It was actually really eery standing there, looking around, while 5-8 other people quietly tapped on these little screens in their hands.”

“It felt like something that could’ve been made into an episode of “The Twilight Zone” back in the 60’s. Tech has drastically altered what it means to be social.”

We’ve all been in similar situations of course. Perhaps you were in a waiting room and your phone died, or maybe you left your phone at home because you were in a rush to catch the bus, or you could even be at an incredibly boring family dinner. The urge to distract yourself with something, anything, is strong, so perhaps you just stare at the ceiling and count how many tiles there are or twiddle your thumbs. It doesn’t change the feeling that all of your problems would go away if you had your phone though, which is proof enough of how intertwined our lives have become with the technology that is supposed to make life easier.

In fact, things like phones have become so commonplace that it sometimes never crosses the mind that you will ever be in a situation without it. “I hadn’t really considered the notion of “shunning” modern tech for an extended period of time. The closest I ever got was before going hiking once. I thought, “Ok, I’m going to leave my phone in my car so I can enjoy nature and not get distracted by tech,” Gibson said. “After walking away from my car, about to head into the woods, I turned back and grabbed my phone. I figured that’d be the one hike I’d slip and break a leg or get chased by a serial killer.”

Of course, this probably also means that you never really give much thought to how previous generations of people lived their daily lives. Today, we have the benefit of having things like toasters that can be connected to the internet and toilets that can both wash your anus and provide Wi-Fi. “Throughout filming Connected, I kept thinking back to family trips where my dad would drive across several states. During shooting, I found myself wondering, “how the hell did Dad get us to that specific street in that specific town of Colorado when I was a kid?” I could hardly make it across Austin without my GPS, my dad did that all the time,” Gibson said.

By extension, you probably also never really thought about the more subtle ways that technology has affected your life. Sure, the process by which you apply for classes or look for jobs probably sucks and is incredibly tedious and the website that they use is likely to be a flaming bag of poo, but imagine how much worse it would be if you had to write the applications by hand and mail them in every single time. Plus some jobs simply wouldn’t exist.

“I absolutely think my career path would have gone in a different direction if it weren’t for modern tech. The company [Rooster Teeth] wouldn’t exist to begin with, but also the means for getting into the industry wouldn’t have been available,” Gibson said. “I was able to learn skills, network with future employers and share content thanks to modern tech. Without having anyone to enjoy my work or give criticism to improve upon, I wouldn’t feel like I was doing something fulfilling.”

“I probably wouldn’t be in the creative field without the internet, I would’ve become a lumberjack or shrimp boat captain.”

Even though Blaine had to give up his use of modern technology for a week to film Connected, it wasn’t all doom and gloom for him. After all, he (presumably) isn’t huddled in a corner somewhere, crying uncontrollably and poking away at an imaginary phone, especially not with Rogue One: A Star Wars Story practically right around the corner. If anything, it actually had a positive effect on how he viewed technology, much like how a starving person would appreciate eating wet bread.

“There’s been a noticeable difference in my relationship with technology after shooting Connected. Leaving my phone behind or turning on “do not disturb” mode is far less stressful and uncomfortable after my tech cleanse. I know I’m capable of existing without texting, GPS and dating apps.”

“It’s nice having those tools at my disposal if I need them, but it’s even nicer to enjoy life without constantly staring at a screen.”

Rooster Teeth’s Connected documentary premiers on April 15th, exclusively for Rooster Teeth sponsors, although you can get a free 30 day trial period here.

@https://twitter.com/thefallenlords
Previous Is Destiny’s newest update worth getting into?
Next Is The Division’s Incursion poorly made?