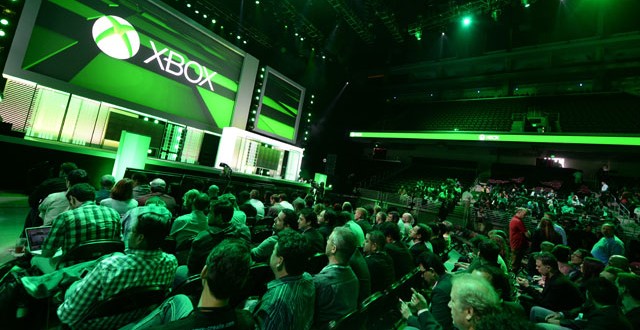 Xbox E3 2014 Media Briefing will be focused on games

Microsoft has revealed earlier that their Xbox E3 2014 Media Briefing will begin on June 9 at 9:00 a.m. PDT and will be focused on games more than anything else. The company states that during the briefing viewers will be treated to in-depth looks at previously announced games. Microsoft also said that trailers for unannounced games coming in 2014 will also be unveiled.

If you can’t make it to E3 don’t worry, Xbox: Game On will be streamed live on the Xbox website and through the Live Event Player for Xbox 360 and Windows Phone. You can also view the conference on Spike TV starting at 9:30 a.m. PDT in Canada and the United States. A number of events aimed at the fans will take place both before and after the E3 Media Briefing, Microsoft says more details about them will come as we approach E3.

We don’t know exactly how long the conference will last but apparently Microsoft needs quite a bit of time to present all the games their working on. Director of Programming for Xbox Live Larry Hryb (also known as “Major Nelson”) stated on Reddit that “Time is TBD…we have lot’s of games to show ;)”.

Chief of Staff for Microsoft Devices Group, Aaron Greenberg also confirmed that there will be a lot of games to present this year at E3. A user on Twitter was saying earlier that more awesome games are needed, to which Greenberg replied: “More games you shall get! :-)”. He then followed up with another tweet that sounds promising: “Yeah this year feels special, can focus on the games!”

Last year Microsoft showed a trailer that teased a new Xbox One exclusive Halo game, but haven’t given any more details since then. Fans have been asking for a new title featuring Master Chief for a long time now and E3 would be the perfect place to finally announce it. Hopefully the company also shows off some new IPs as they have been lacking lately.

Titanfall did very good until now, but aside from that Microsoft doesn’t have a lot to show for itself since the release of the Xbox One. With only 5 million units sold as of April, the console is lagging badly behind the PlayStation 4 which already sold more than seven million units since its release.

Regardless, there is still time for Microsoft to catch up with Sony and the E3 2014 Media Briefing might be a good place to start. We expect the company to reveal more details about Sunset Overdrive, Quantum Break, Halo 5 and possibly a new Gears of War title. The Xbox Originals service that will be released in June will probably be hyped quite a bit as well.

I’m Load The Game’s co-founder and community manager, and whenever I’m not answering questions on social media platforms, I spend my time digging up the latest news and rumors and writing them up. That’s not to say I’m all work and no fun, not at all. If my spare time allows it, I like to engage in some good old fashioned online carnage. If it’s an MMO with swords and lots of PvP, I’m most likely in it. Oh, and if you’re looking to pick a fight in Tekken or Mortal Kombat, I’ll be more than happy to assist! Connect with me by email markjudge (@) loadthegame.com only
@@MarkJudgeLTG
Previous Rumor: Infinity Ward might absorb Neversoft
Next Oculus wants to make a MMO using Facebook