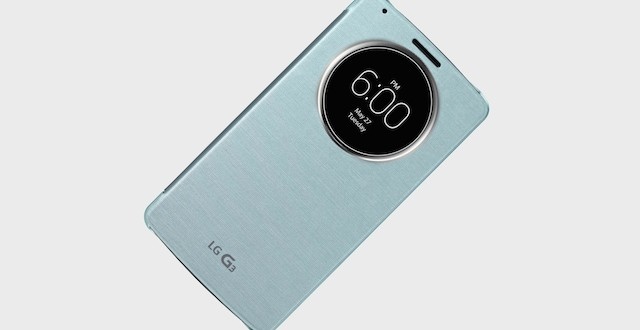 A trio of teaser videos for the LG G3 have been recently released by the Korean company. The three videos show off the smartphone’s camera, display, and design just a few days before release. The LG G3 is expected to land on May 27th, however the teasers reveal that the handset will only become available for purchase on the 28th.

The device will most likely take the market by storm and go head-to-head with all the top-tier flagships currently available. It’s competitors include fine smartphones such as Samsung Galaxy S5, HTC One M8, Google Nexus 5, Sony Xperia Z2, and the iPhone 5s. In light of this impending threat some companies are even taking precautions by releasing improved versions of their existing flagships. The upcoming Samsung Galaxy S5 Prime and the HTC One M8 Prime are two prime(no pun intended) examples for devices being made in order to compete with the LG G3

LG’s handset was the subject of many rumors lately and leaks have been pouring in slowly but surely all year. These leaks helped us get a better picture of the device over the course of time, and recently we even got confirmation about its specs. A preview event that was held in Korea not long ago revealed the official specifications for the LG G3. The list can be viewed below and no grain of salt is needed this time as they are most certainly legit. 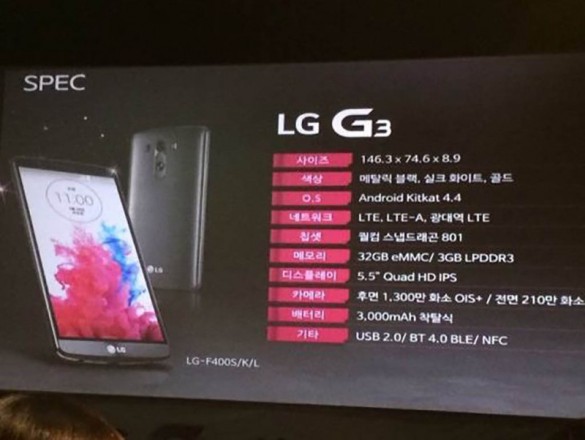 Aside from the processor(which was believed to be a Snapdragon 805), this spec list pretty much confirms all previous rumors and leaks regarding the LG G3. We already know what it looks like and what it’s capable of, all that remains now is to see it in action. Pricing for the device hasn’t been revealed yet, but word on the street is that it wont end up costing you an arm and a leg. In any case, make sure you stay tuned and we’ll make sure to keep you updated the moment we learn something new.

I’m Load The Game’s co-founder and community manager, and whenever I’m not answering questions on social media platforms, I spend my time digging up the latest news and rumors and writing them up. That’s not to say I’m all work and no fun, not at all. If my spare time allows it, I like to engage in some good old fashioned online carnage. If it’s an MMO with swords and lots of PvP, I’m most likely in it. Oh, and if you’re looking to pick a fight in Tekken or Mortal Kombat, I’ll be more than happy to assist! Connect with me by email markjudge (@) loadthegame.com only
@@MarkJudgeLTG
Previous GTA: City Stories on the cards?
Next HTC One M8 Ace will come with a smaller display than expected