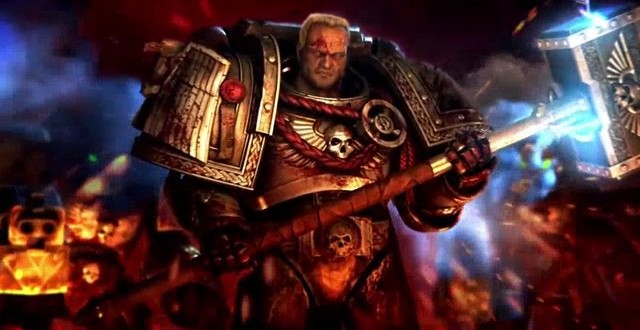 Dawn of War is moving to Steam, multiplayer is safe

Relic announced that in order to save the Warhammer 40k :Dawn of War games, they will be moved to Steam soon. Due to the impending shut down of online services, the matchmaking component of the games will be lost otherwise. The company says that all Dawn of War titles have recently underwent a major update aimed at preserving the multiplayer.

This decision follows the announcement that GameSpy will be shutting down its online support for all hosted games. Relic Entertainment said on the Steam forums that their Dawn of War titles have relied on the GameSpy service for multiplayer matchmaking. Since the service will no longer be available starting with May 31th, a transition was necessary, otherwise the component would be lost. “That is not an outcome anyone at Relic would want to see,” the company said. Lead Designer Phillip Boulle mentions that Dawn of War will be migrating to Steam will all of its expansion packs. This includes Winter Assault, Dark Crusade, and Soulstorm.

Warhammer 40K: Dawn of War 2 and its first expansion pack, Chaos Rising relies on external services for multiplayer as well. Relic says that it will also transition to Steam soon, “in order for a consistent multiplayer experience across the entire portfolio”. As a result, all Dawn of War titles will soon benefit from the same matchmaking that was developed for Company of Heroes 2. This is very good news because according to the company, the multiplayer component will be improved once the migration is complete. “This will not only mean multiplayer can continue on these titles, but the matchmaking experience will be improved.”

However, there is some bad news as well. The new setup will most likely bring with it some technical difficulties. “Recreating the multiplayer infrastructure for seven titles is no small feat, and there will be bugs” Relic mentioned. The company also says that they would rather have a slightly imperfect update and keep the multiplayer even if this will cause a number of bugs. Fortunately, Relic is “committed to tackling these bugs and getting all titles to be fully Steam enabled.”

It’s good to see that Relic managed to preserve online services for Dawn of War titles despite GameSpy’s shut down. Sadly, some of the other companies have not been so lucky. We reported earlier this month that EA was shutting down online support for more than 50 titles. On the other hand, games like Mortal Kombat 9 and the original Halo will carry on thanks to efforts by NetherRealm and Bungie, respectively.

I’m Load The Game’s co-founder and community manager, and whenever I’m not answering questions on social media platforms, I spend my time digging up the latest news and rumors and writing them up. That’s not to say I’m all work and no fun, not at all. If my spare time allows it, I like to engage in some good old fashioned online carnage. If it’s an MMO with swords and lots of PvP, I’m most likely in it. Oh, and if you’re looking to pick a fight in Tekken or Mortal Kombat, I’ll be more than happy to assist! Connect with me by email markjudge (@) loadthegame.com only
@@MarkJudgeLTG
Previous Dogfighting module for Star Citizen has been delayed
Next Quantum Break video and details will be revealed today