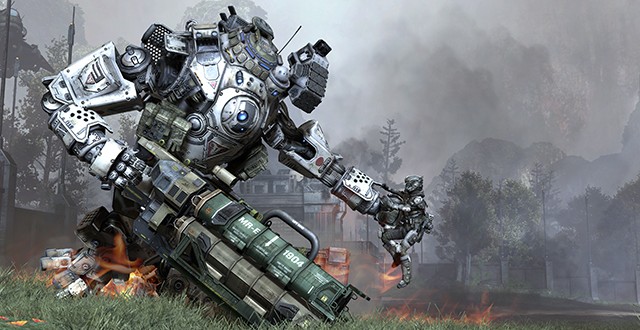 Earlier this month EA announced in their Q4 earnings report that new Titanfall content will be coming at E3 2014. The game launched back in March for the Xbox One, Xbox 360 and PC, and managed to sell over 925.000 copies, which made it the best selling game of the month. Its safe to say that Titanfall is a gold mine for Respwan Entertainment and Electronic Arts. As such, new DLC for the game is to be expected and unveiling this content at E3 seems like a wise choice.

EA revealed a while ago that at least three packs of new content for Titanfall will be released at some point in the future. The first DLC goes by the name of Expedition and is already available as of May 15. This pack includes the Swampland, Runoff, and War Games maps and is priced at $10. Expedition is available for free to anyone who already purchased the Titanfall Season Pass for $25. Buying this pass means that you will also gain free access to the other two DLCs as soon as they are released. So far we know that the second content pack will hit sometime this Summer while the third one will be released later this Fall. We assume that more details regarding the other two DLCs will be revealed at this year’s expo.

Aside from new content for their already existing games, EA also plans on presenting some new titles at E3. CEO Andrew Wilson stated earlier this month that a major Frostbite 3 engine is currently in the works and will be making an appearance at the event. The company is apparently very excited about it and have said that it’s being ”developed by some of our most talented teams”. Aside from this mysterious new title, five other projects will also be presented at the expo. We don’t know a lot about them but Wilson hints that they will be pretty epic. “Over the next few years, we will deliver some epic new entertainment experiences to our players, built on a foundation of creativity and innovation.”

The company’s most important upcoming release of the year will be Dragon Age: Inquisition. The final installation in the trilogy is currently in its Alpha test phase and will be making its way to current and next-gen consoles, as well as the PC on October 7th. EA’s press conference will begin Monday, June 9 at 12 p.m Pacific Time. We’ll make sure to bring you all the latest news and updates so stay tuned.

I’m Load The Game’s co-founder and community manager, and whenever I’m not answering questions on social media platforms, I spend my time digging up the latest news and rumors and writing them up. That’s not to say I’m all work and no fun, not at all. If my spare time allows it, I like to engage in some good old fashioned online carnage. If it’s an MMO with swords and lots of PvP, I’m most likely in it. Oh, and if you’re looking to pick a fight in Tekken or Mortal Kombat, I’ll be more than happy to assist! Connect with me by email markjudge (@) loadthegame.com only
@@MarkJudgeLTG
Previous PlayStation Plus will bring two games to each platform
Next Bethesda explains why The Elder Scrolls Online was delayed on consoles