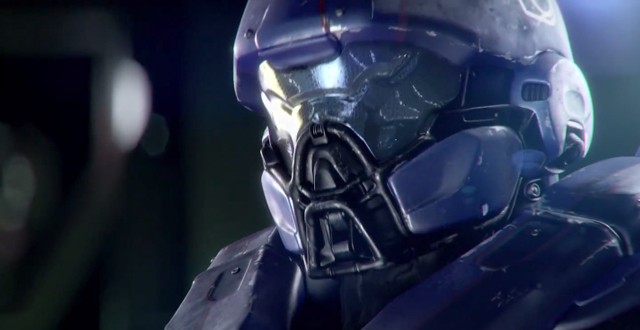 Microsoft announced during their E3 2014 press conference that the Halo 5 Guardians multiplayer beta will kick off later this year. Earlier today Bonnie Ross, Head of 343 Studios came out and revealed the exact date. The beta testing phase for the latest title in the popular FPS franchise will being on December 27th. Ross also said that it will run for three weeks, ending on January 17th. Check out the multiplayer beta trailer above. The official website mentions that you can “Gear up for the Guardians beta by unlocking exclusive content in The Master Chief Collection and Halo: Nightfall. These exclusive items will carry over into Halo 5: Guardians.”

Aside from giving you Halo 5 Guardians beta access, The Master Chief Collection also gives you the four main games of the series in one neat package. These include Halo: Combat Evolved, Halo 2, Halo 3, and Halo 4 complete with all the content. The games will come in a remastered format and feature 1080p resolution and 60 frames per second. The compilation also comes with a host of brand new achievements. As a side note, the Halo 2 version included in The Master Chief Collection is an anniversary edition similar to the one developed for Halo: Combat Evolved a few years back.

Last but not least, the collection also includes an Extras menu. From here you can access the Halo 5 Guardians multiplayer beta once it goes live and you can also watch episodes of Halo: Nightfall. This is a series of weekly digital videos created by Ridley Scott, the director of Alien. Nightfall is designed to lead up to Halo 5’s beta and will connect the digital series to the upcoming game. The Halo Master Chief Collection will be released on November 11th and is priced at $60.

In regards to the game itself, not much is know yet about Halo 5 Guardians. The game was first revealed last year during E3 with a short teaser video. The title was fully unveiled and given a name last month by Bonnie Ross. “Making a Halo game that runs at 60 frames per second, on dedicated servers, with the scope, features and scale we’ve been dreaming of for more than a decade, is non-trivial”, Ross said. “It’s a task that we, at 343 Industries, are taking very seriously to ensure we deliver the Halo game that fans deserve, and a game that is built from the ground up for Xbox One.” Halo 5 Guardians is scheduled for a Fall 2015 release date and will be an Xbox One exclusive title. Stay tuned for more news and updates.

I’m Load The Game’s co-founder and community manager, and whenever I’m not answering questions on social media platforms, I spend my time digging up the latest news and rumors and writing them up. That’s not to say I’m all work and no fun, not at all. If my spare time allows it, I like to engage in some good old fashioned online carnage. If it’s an MMO with swords and lots of PvP, I’m most likely in it. Oh, and if you’re looking to pick a fight in Tekken or Mortal Kombat, I’ll be more than happy to assist! Connect with me by email markjudge (@) loadthegame.com only
@@MarkJudgeLTG
Previous Batman Arkham Knight new screenshots, PS4 exclusive pre-order bonus
Next Mortal Kombat X: Check out the fighters revealed so far!