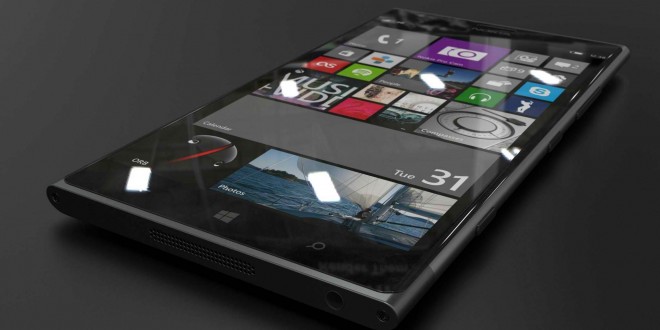 We haven’t heard a lot rumors about upcoming Nokia devices from the new Microsoft Devices division lately. That changed a few days ago, when a new leak appeared on @evleaks. The information was provided by a “well-placed source” and goes into great details describing the future Nokia devices, from the ones already announced, to the ones only having a codename.

The already announced, but not yet released X30 models, introduced in San Francisco by Stephen Elop, will use the Windows Phone 8.1 “Blue” OS. The high-end, Lumia 930 is only available through Verizon in the US as and it’s listed as the Lumia 929 or Icon. It’s unclear if it will be available through other carriers, but it does not seem likely for now. The more affordable, Lumia 635 will be available from T-Mobile, AT&T and Cricked later this month or the next. It might even be picked up by Sprint later with an updated firmware. Next up is the entry-level Lumia 530 or “Rock”, designed to compete with the ever growing number of budget Android handsets. The Lumia 530 will make use of the Windows Phone 8.1 OS and it will come to T-Mobile in the middle of the summer and to Cricket by the beginning of the fourth quarter.

The next batch of smartphones from the Microsoft Devices division will use a new version of Windows Phone 8.1, codenamed Windows Phone Blue GDR1. The first devices to use the new GDR1 OS will begin to be available in the third quarter. AT&T is slated to get the one codenamed “Tesla”, and Verizon will get “Superman”, both mid-range devices.

The fall flagship will be the “McLaren”, previously called as “Goldfinger”. As it turns out, the device launching in November will not be an AT&T exclusive, rather a Windows Phone available for all major carriers. The most interesting feature of the McLaren/Goldfinger is its 3D touch technology. It works by allowing the user to hover over a tile with his finger, press down on it in the air (without touching the display) and reveal up to eight smaller tiles that hold custom content from the app. The concept will be similar to Microsoft’s Zune MixView feature. It’s unclear so far as how the McLaren/Goldfinger will achieve that, but it’s safe to assume that it will use some technology borrowed from the Kinect. Rumors say that the McLaren/Goldfinger will be the successor of the 1020 and it might be called 1030.

Details are scarce about the new smarthpones and operating system versions for 2015. We know that a new pair of devices are expected to hit AT&T in the spring, codenamed Makepeace and Dempsey. The late summer or early fall of 2015 will be dominated by a new flagship codenamed Talkman and a new phablet called Cityman. Surely, Microsoft has other devices lined up in development and the ones mentioned here might get axed in the future. With the new 3D touch capable flagship in the making, Microsoft might turn the crowds towards Nokia phones again. It’s a big gamble on Microsoft’s side to bring Kinect-like interaction to their flagship smarthpone as getting the technology to work flawlessly has proven difficult in the past. Samsung’s own Air Gestures did not make a big hit, as interactions often proved gimmicky. We’ll see in November if Microsoft’s system will prove different.

Tech enthusiast and RPG gamer, I've been surrounded by technology and PC hardware my entire life. I'm fascinated by anything mobile, and when I'm not tinkering with some newly released gadget, I love to immerse myself in the epic tales of Role Playing Games.
Previous Moto E gets price cuts on Amazon and Android 4.4.3 KitKat – is it now a good deal?
Next Top 10 new IPs featured at E3 2014