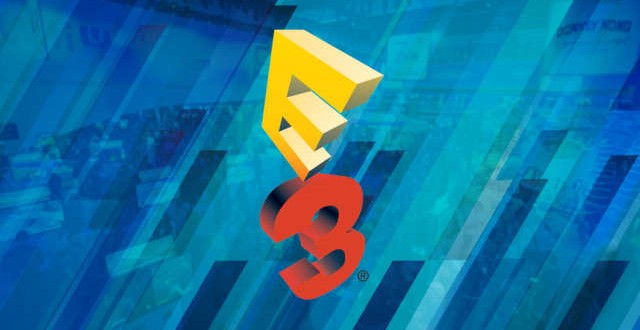 E3 2014 was one of the best editions we’ve had in a very long time. At this year’s expo we were bombarded with presentations for literally hundreds of games for all the platforms. There were lots of titles that stood out from the crowd, including quite a few brand new IPs. While some of these projects have been announced or rumored prior to E3 2014, there are a few that were only revealed during the event itself. We are here to take a look at these games and see which of them managed to get us the most excited. So without further ado I give you our list of top 10 new IPs featured at E3 2014.

Battlecry is the latest game revealed by Bethesda Softworks and Battlecry Studios. While many of us would have preferred to hear that the company is working on Fallout 4 or the next Elder Scrolls title, the announcement of a new IP is welcomed news as well. Unveiled shortly before E3 2014, Battlecry is a 32-player free-to-play online action game that takes place in a world where gun powder has been banned. The title promises visceral combat, innovative weapons and dynamic movement. The Cossacks and Royal Marines factions have already been revealed while a third one remains to be announced sometime in the future. Platforms: PC. Release Date: TBA 2015.

Developed by a little known studio that goes by the name of Hello Games, No Man’s Sky managed to stand out from the crowd in a big way at E3 2014. The game puts you into a completely uncharted universe and lets you explore it at your own pace. No Man’s Sky has procedurally generated open worlds, which feature a wide variety of environments and ecosystems that are reminiscent of Spore. However, this particular title is looking much more promising and also includes things like first person space combat and a multiplayer component that allows players to share information about all the planets and life forms they discover. Platforms: PS4. Release Date: TBA.

8.Lords of the Fallen

Deck13 Interactive and CI Games have created a title that closely follows the Dark Souls formula and is unsurprisingly being published by Namco Bandai. Lords of the Fallen is an action RPG with an original story that takes place in a world where humanity has defeated their demonic god, and has now made it their goal to rid the world of all forms of evil. You will have to memorize attack patterns in order to defeat your opponents and patience will once again be key. There are a total of nine weapon types spread across the three classes and as you might have suspected already, melee combat will be your bread and butter. If you enjoyed the company’s previous titles this will be right up your alley. Platforms: PS4, Xbox One, PC. Release Date: Fall 2014.

Microsoft’s E3 2014 trailer for Scalebound absolutely blew me away. The game seems to be combining the real world with a fantasy one that’s being inhibited by giant monsters. This epic video features a Dante look-alike (Devil May Cry) protagonist that’s fighting dragons, hydras, and other mythical beasts. Oh, and he also has an awesome pair of headphones! Scalebound is being developed by Platinum Games and will presumably be some sort of action-adventure game with spectacle fighter elements. Microsoft hasn’t revealed much so all we have for the moment is the trailer. Platforms: Xbox One. Release Date: TBA.

Sunset Overdrive has one of the strangest stories I’ve heard in a very long time. The game revolves around the idea that in the near future an energy drink called Overcharge Delirium XT has transformed a large part of Sunset City’s population into mutants. The beverage is being produced by FizzCo, a company that basically controls the world. It seems that the people turning into mutants part was an accident, but nevertheless somebody has to make things right. That someone is you. Sunset Overdrive is being developed by Insomniac Games and will focus on agile combat. The third person shooter will feature things like wall-running, zip-lines, and all sort of other acrobatic moves. Platforms: Xbox One. Release Date: October 28, 2014.

Not exactly a recently announced game, but Destiny is for all intents and purposes a new IP so we wanted to include it anyway. The gameplay demo presented at E3 provided us with a bunch of new details about the upcoming title. Bungie also announced at the event that the alpha test phase was starting soon. At the time of this writing the PS4 alpha is already in progress and we assume other platforms will follow sometime in the near future as well. Destiny beta will kick off starting with July 17th for the PS3 and PS4, we are still waiting for the Xbox 360 and Xbox One announcements. Platforms: PS3, PS4, Xbox 360, Xbox One. Release Date: September 9, 2014.

Formerly one of the most anticipated titles of the year, The Division was sadly pushed back to 2015. On the bright side, we recently managed to get a good look at the game thanks to the E3 2014 gameplay demo. The never before seen footage revealed that we can expect some extremely realistic combat sequences from the upcoming title. This “inspired by real world events” game has you playing as an agent of The Division, a group tasked with combating the threat that emerged as a result of a catastrophic incident. Ubisoft is doing an excellent job with Tom Clancy’s The Division from what we’ve seen so far, especially on the visual side. Hopefully we’ll get to see some more of the game soon. Platforms: Xbox One, PS4, PC. Release Date: 2015.

Evolve is shaping up to be quite an amazing title if the E3 2014 gameplay footage is anything to go by. A brand new monster that goes by the name of Kraken was revealed at the event. This creature is very different that Goliath and comes with its own unique sets of skills and abilities. Evolve somehow seems to get better by the day, which means Kraken and Goliath are not the only ones evolving, the game itself is doing it as well. The title is an upcoming co-op FPS that plays like a 4v1 PVP deathmatch where four players are pit against a giant monster controlled by the fifth player. Evolve is being developed by Turtle Rock Studios and published by 2K Games. Platforms: PC, PS4, Xbox One. Release Date: October 21, 2014.

Another delayed title, The Order: 1886 is an action-adventure game set in an alternate history version of Victorian-Era London. In this world monsters are very real and you get to fight them. To help you with this endeavor, The Order: 1886 provides you with an arsenal of advanced weaponry and gadgets. The gameplay trailer presented at E3 2014 reveals that even though you are a member of a powerful order of knights, taking down monsters is still very difficult. The game plans to be realistic and it doesn’t put you into the shoes of a superhero, you are just a man fighting for humanity in its darkest hour. The Order: 1886 is being developed by Ready at Dawn and published by Sony. Platforms: PS4. Release Date: February 20, 2015.

Formerly known as Project Beast, the game is another Dark Souls look-alike coming from none other than the folks at From Software. Bloodborne is set in the ancient city of Yharnam where a terrible curse has transformed most of the population into deranged monsters. You will have to face your fears as you battle these atrocities and hope that you’ll survive to tell the story. Bloodborne has one of the most badass looking protagonists I’ve ever seen. He seems to be just as scary if not more so that the monsters themselves. The game features the same bloody difficult combat we all know and love from Dark Souls and Demon Souls. You’ll again be using magic and gruesome melee weapons to take down your foes, but this time around you’ll also have firearms to complete your arsenal. Platforms: PS4. Release Date: 2015.

There were other great new IPs presented at E3 2014, but we feel that these 10 were definitely the best ones. We look forward to seeing more of them in the upcoming months and hopefully we’ll get to play all of them when they finally release. So what do you think of our list and which new IPs are you the most excited about? Please leave your reply in the comments section below.

I’m Load The Game’s co-founder and community manager, and whenever I’m not answering questions on social media platforms, I spend my time digging up the latest news and rumors and writing them up. That’s not to say I’m all work and no fun, not at all. If my spare time allows it, I like to engage in some good old fashioned online carnage. If it’s an MMO with swords and lots of PvP, I’m most likely in it. Oh, and if you’re looking to pick a fight in Tekken or Mortal Kombat, I’ll be more than happy to assist! Connect with me by email markjudge (@) loadthegame.com only
@@MarkJudgeLTG
Previous Nokia’s plans for the Lumia 930 and new Windows phones leaked
Next DirectX 12 will help improve the Xbox One 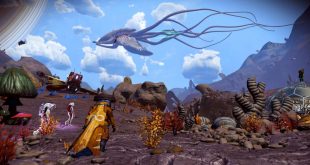