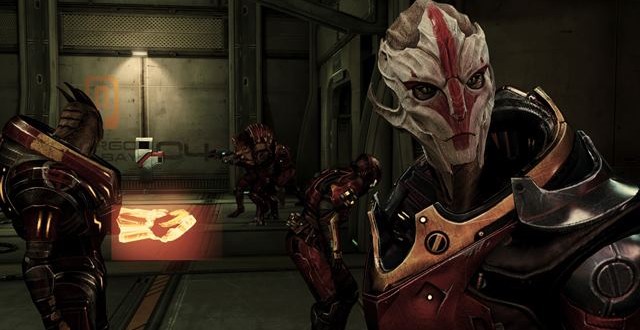 Bioware hosted a panel during which they talked about the development of Mass Effect 4 yesterday at San Diego Comic-Con 2014 . The company didn’t reveal the actual name or a potential release date, but we did get to hear some other interesting details about the upcoming game. The most important piece of news is the return of the Mako, a military exploration vehicle found in the first installment. I really didn’t expect to see the Mako ever making a comeback to be honest, but I’m really glad they decided to put it back in. More good news comes from the fact that the vehicle might end up being customizable in Mass Effect 4 according to Bioware. But apparently they’re still thinking about it and didn’t want to confirm anything at the moment. One the other hand, they did say that we can expect the Mako to be much more responsive this time around, which is really great to hear.

The company also showcased some concept art at the panel, but emphasized that all of it is still subject to change. Mass Effect 4’s protagonist will be human again it seems and the game may or may not take place during Commander Shepard’s lifetime. The timeline is still unclear at this point, but we know that the action will take place in a completely different region of space so it’s unlikely that we’ll end up seeing characters from previous games. There are still many details we still need to learn, but all this info is already helping us get a better picture of the game. While Bioware didn’t talk about the release date for Mass Effect 4, they did say that it’s still “years away from launch”. Word on the street was that the upcoming title will be released next Spring, but we’ll have to wait much more than that according to the company.

We were certainly hoping to hear much more about Mass Effect 4 at the panel, but this is more than we go back at E3 2014 so I, for one, can’t really complain. The return of the Mako suggests that we might once again be part of the Alliance, although I truly hope they come up with something else for the next installment. I also really hope that we’ll get to see a trailer sometime in the near future. But Bioware stated earlier that Dragon Age Inquisition was their main focus for the year so I suspect we wont hear much more about Mass Effect 4 until 2015.

I’m Load The Game’s co-founder and community manager, and whenever I’m not answering questions on social media platforms, I spend my time digging up the latest news and rumors and writing them up. That’s not to say I’m all work and no fun, not at all. If my spare time allows it, I like to engage in some good old fashioned online carnage. If it’s an MMO with swords and lots of PvP, I’m most likely in it. Oh, and if you’re looking to pick a fight in Tekken or Mortal Kombat, I’ll be more than happy to assist! Connect with me by email markjudge (@) loadthegame.com only
@@MarkJudgeLTG
Previous Selfies app for Android available for free on Google Play
Next Shamu tablet – Google’s and Motorola’s new Nexus