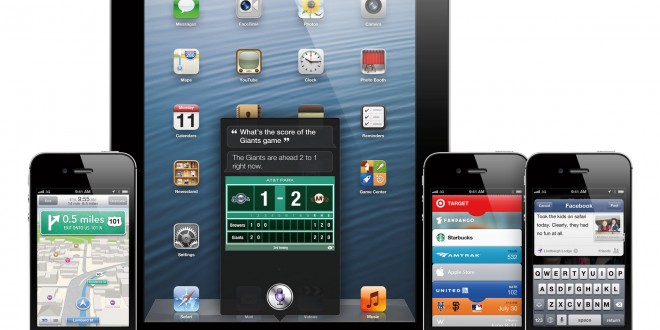 iOS is considered to be the most secure mobile OS

A surveillance software and hardware supplier emerged with a spyware test and revealed that the iOS is the most secure mobile operating system. Apparently Apple’s OS is immune to FinSpy spyware, unless the device is jailbroken, while Android and BlackBerry are easily hacked by the same spyware. The leaked report, belonging to Gamma Group, suggested the company conducted tests on various operating systems, hacking the devices with its own spyware called FinSpy. The test was meant to determinate which device is less affected by the bug, and which platform can resist to spying attempts on phone calls, contacts and other private data.

FinSpy is not the usual spyware, this particular bug was designed “to help Law Enforcement and Intelligence Agencies to remotely monitor mobile phones and and tablets”. Whether FinSpy is not an actual spyware that threatens mobile security is not the issue here, because it’ s probably more dangerous compared to the known bugs. The spyware can easily gain complete access to every mobile device, so phone calls, text messages and even the microphone, are controlled by it. The fact that FinSpy was often criticized because of its controversial ways, the results of this tests, whether Gamma Group wanted or not, help Apple’s reputation to grow.

Among all the other platforms hacked by FinSpy, Apple’s iOS has proven itself the less affected, while all the other were highly sensitive. FinSpy was able to hack all the versions of Android from 2.x.x to 4.4.x, as well as BlackBerry’s 5.x, 6.x and 7.x. As all the other operating systems were vulnerable to FinSpy, regardless of the version, Apple’s 4.3.x, 5.x, 6.x and 7.x were vulnerable only under jailbreak, which is not the chase in the everyday use. Apple devices have to be jailbroken to be affected by FinSpy, which is considered to be merciless even on well-functioning devices.

The results didn’t reveal anything surprising, regarding Apple of course, because the company is well known for its tight security, but unfortunately for the others included in this project, results didn’t look so promising. The only question here would be, how does the iOS behave when it faces another spyware? Yes, it may have been immune to FinSpy, but as the test was conducted using only this particular bug, it’s not sure whether the iOS will or will not be affected by other spywares. As it turned out, some researchers from Georgia Tech have somehow managed to hack an iOS device, of course, they needed an USB connection to a hacked computer to do it. Even if the method required some unexpected aid, they did find their way into the platform somehow. So, is the iOS as secure as the report from Gamma Group suggests?

I’m Load The Game’s co-founder and community manager, and whenever I’m not answering questions on social media platforms, I spend my time digging up the latest news and rumors and writing them up. That’s not to say I’m all work and no fun, not at all. If my spare time allows it, I like to engage in some good old fashioned online carnage. If it’s an MMO with swords and lots of PvP, I’m most likely in it. Oh, and if you’re looking to pick a fight in Tekken or Mortal Kombat, I’ll be more than happy to assist! Connect with me by email markjudge (@) loadthegame.com only
@@MarkJudgeLTG
Previous Smite is coming to the Xbox One soon
Next Samsung Galaxy Note 4 leaked images reveal metal sides