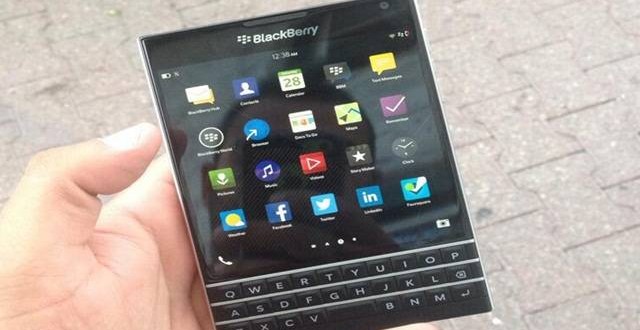 Earlier this month, Blackberry started sending out invites for an event scheduled to take place this Wednesday, September 24th. We speculated back then that the Blackberry Passport will be the main attraction at the event and it looks like that is indeed the case. The company confirmed that its latest handset will be officially launched on September 24th and it was also announced that the device will cost $600 unlocked. Blackberry claims that the Blackberry Passport is just as good as many other flagship smartphones, but it will be sold at a lower price in order to “get the market interested”. Be that as it may, there are some very good handsets out there in the $650-$700 price range so the Blackberry Passport is only a little bit cheaper at the end of the day.

In any case, Blackberry also announced the specifications for the device and they’re definitely pretty impressive. The Blackberry Passport comes equipped with a 4.5-inch display with 1440 x 1440 resolution, 453 pixel density and Corning Gorilla Glass 3 protection. Hardware-wise, the handset features a Qualcomm Snapdragon 800 quad-core processor clocked at 2.2 GHz, 3GB of RAM and 32GB of storage memory that can be further expanded up to 64GB via microSD. The Blackberry Passport also sports a 16 MP primary camera along with a 2 MP secondary shooter and a pretty beefy 3,450 mAh battery. Connectivity options include  LTE, Wi-Fi 802.11ac, GPS, Bluetooth, HSPA+ and NFC. Last but not last, the Blackberry Passport also features the already infamous QWERTY keyboard.

All in all, the device is certainly on par with many other flagship smartphones out there and it also costs a bit less. However, the company didn’t seem to attract a lot of new customers with its traditional square design as of late so it will be interesting to see if the  Blackberry Passport can change that. Now there are plenty of good choices on the market so the device will end up appealing only to those who already enjoy this rather uncommon design if you ask me.

I’m Load The Game’s co-founder and community manager, and whenever I’m not answering questions on social media platforms, I spend my time digging up the latest news and rumors and writing them up. That’s not to say I’m all work and no fun, not at all. If my spare time allows it, I like to engage in some good old fashioned online carnage. If it’s an MMO with swords and lots of PvP, I’m most likely in it. Oh, and if you’re looking to pick a fight in Tekken or Mortal Kombat, I’ll be more than happy to assist! Connect with me by email markjudge (@) loadthegame.com only
@@MarkJudgeLTG
Previous New Dragonball Xenoverse characters and PC version announced by Bandai Namco
Next The Moga Rebel: Your iPhone game controller