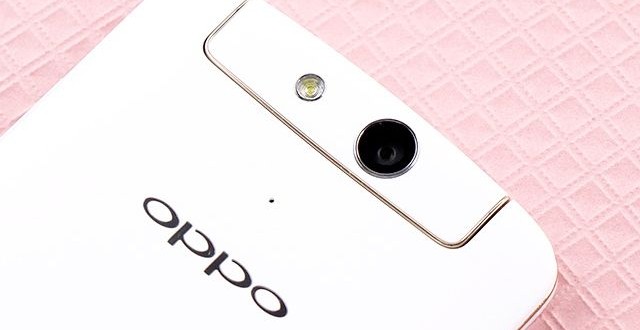 The Oppo N3 is said to arrive next month in two variants, one made of aluminum lithium alloy while the other will have a stainless steel body. Design-wise, the device is expected to look more or less similar to the Oppo N1. This is according to a recently surfaced render that shows the humongous smartphone in all of its glory. The new image coincides with previous rumors suggesting that the Oppo N3 will come equipped with a swiveling camera, just like the N1. This camera reportedly packs dual-LED flash, 13 mega pixels and is capable of swiveling as much as 206 degrees.

The website who provided the render also talks a bit about the device’s specs, but take them with a grain of salt until an official announcement is made. According to Zaeke, the Oppo N3 will feature a 5.9-inch display with 1080 x 1920 pixel resolution and 373 pixel density. Under the hood we should find a Qualcomm Snapdragon 805 processor and 3 GB of RAM. By comparison, the Oppo N1 also features a 5.9-inch screen with the same resolution and pixel density as well as a 13MP swiveling camera, just like the Oppo N3. However, the Oppo N1 only sports a Qualcomm Snapdragon 600 processor and 2 GB of RAM.

Word on the street is that the Oppo N3 will launch on October 29th so only about a month from now. We’ll let you know as soon as we learn something new so stay tuned for more news and updates.

I’m Load The Game’s co-founder and community manager, and whenever I’m not answering questions on social media platforms, I spend my time digging up the latest news and rumors and writing them up. That’s not to say I’m all work and no fun, not at all. If my spare time allows it, I like to engage in some good old fashioned online carnage. If it’s an MMO with swords and lots of PvP, I’m most likely in it. Oh, and if you’re looking to pick a fight in Tekken or Mortal Kombat, I’ll be more than happy to assist! Connect with me by email markjudge (@) loadthegame.com only
@@MarkJudgeLTG
Previous Lumia 930 vs. Huawei Ascend P7 – budget flagships
Next Call of Duty Advanced Warfare will sell less than its predecessor according to analyst

The rumor mill surrounding the upcoming Sony Xperia Z4 is again in full swing, with ...