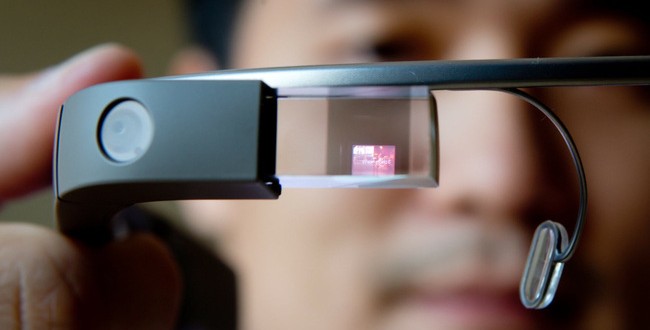 A new update for Google Glass, dubbed Google Glass XE 22 update, began rolling out yesterday, bringing a few new features to Google’s most popular wearable devices. While Google Glass brought split opinions about its appearance and usefulness, the overall opinion about the wearable is that it needs improvement. The Explorer edition of Google Glass aims to collect data and opinions from users and Google intends to use that info to further improve the wearable.

While Google Glass has been called much too conspicuous and many are scrutinizing the device because it allows for undetected recording and thus threatening peoples’ privacy, the wearable is still a piece of advanced technology which will surely be upgraded in the future to better cater to the users’ average needs.  Glass is intended to be used on an all-day basis, meaning that ultimately Google aims to give users an alternative to hand-held or wrist-worn communication devices.

Besides bringing notifications to the wearable, Google Glass update XE 22 brings improvements to the augmented maps available on the device, as well. The Google Glass maps app can now include route choices, as well as take into account traffic or incident markers. With the continuous development of Google Glass and a new patent that has emerged a few months back, we are expecting to see a re-designed Google Glass unit next year that would by-pass all the appearance issues the device has been having with users and bystanders alike.

My life-long dream has been to test out every gadget on the market! Considering the fact that I've rapidly destroyed almost every gadget I've had so far, I'm not inclined to owning something, so my ideal outcome would be to have a different gadget each month. I'm really into smartphones, wearables and tablets and I love Playstation and Xbox, I'm sure I'll beat you at your own game (after a month of training... or two)
Previous The Evil Within on PC has a console debug mode and multiple tweaks which you can access
Next Lara Croft and the Temple of Osiris System Requirements listed