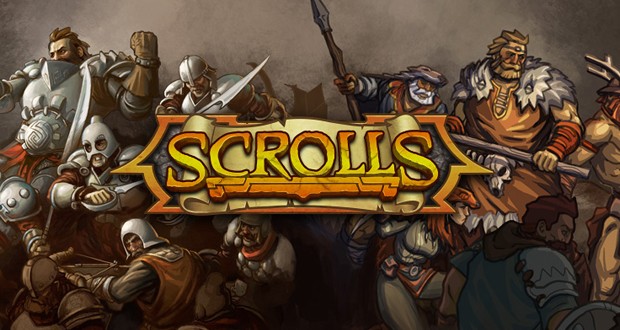 Mojang reveals when Scrolls will get out of beta

Swedish developer Mojang announced that their collectible card game, Scrolls, will be released approximately by the end of November.

Scrolls has been in development for over three years, but the developers couldn’t finish it earlier due to their commitments to Minecraft and its community. The game is currently in open beta stage, but Mojang aims for a full release around the end of next month, according to their Chief Word Officer, Owen Hill. “The guesstimate is late November,” he states, “but we’re not going to release it until it’s ready, if you know what I mean.”

In Mojang’s collectible card game, players are supposed to create decks of combat units, spells and support structures in order to defeat other players, online. What’s unique about Scrolls, though, is the hexagonal-lined battlefield, on which the creatures pictured on the cards come to life, eliminating the need to use your imagination.

Scrolls will be released on PC, Mac, iOS and Android at the same time. The iOS version will be a free app, which allows you to play a trial of the game, and, if you pay $5, to unlock the full version. Scrolls has a cross-platform feature that allows accounts and rankings to be transferred across the iOS/Android and PC versions. Henrik Petersson, Scrolls producer and artist, ensures that Mojang will keep working on the game even after its release: “‘Final release’ just means we’re taking it out of beta”, he says, “but we want to continue development after that.”

As a side note, Scrolls doesn’t have anything to do with Bethesda’s popular ‘Elder Scrolls’ franchise. In fact, the then independent developer and the publisher even went through a lawsuit to establish this. Long story short, Bethesda sued Mojang for copyright infringement, claiming that people would confuse Scrolls, the card game with The Elder Scrolls: Skyrim. Eventually, the lawsuit was settled and Mojang was allowed to use the name.

I'm a journalism graduate and an occasional gamer. As a kid I used to own a NES clone called "Terminator 2", which was hugely popular in my country. I like old school games and adventure games but I occasionaly play RPG's and Shooters as well, though I wouldn't call myself an expert at these kinds of games. When I'm not writing or playing games I prefer reading detective or fantasy novels.
Previous iPhone 5S vs Galaxy Alpha – specs, build quality and design compared
Next PS4 Firmware 1.76 Webkit exploit finds a back door into the system