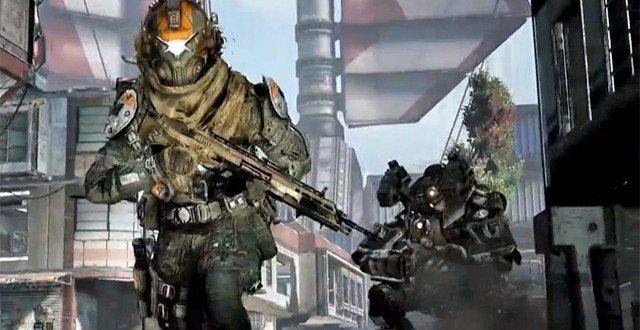 It seems like major digital stores are starting their Halloween sales a bit early this year and EA’s Origin is kicking things off with a 50% off sale for Titanfall and Battlefield 4. Not only that, but the store also has discounts for products related to those games such DLC, Season Passes and even Digital Deluxe Editions. While only the core Titanfall and Battlefield 4 games are available at 50% off, the other products also benefit from pretty substantial discounts. Some of the highlights include: Battlefield 4 Digital Deluxe Edition for $22.50(usually $30), Titanfall Season Pass for $17.50(usually $25), Titanfall Digital Deluxe for $33(usually $60) and Battlefield 4 Premium Membership for $40(usually $50). Since this promotion is only available for Origin members, make sure you have an account before trying to purchase any of the games. You can view more details regarding this promotion here.

Since you’re browsing Origin, you might also want to check out the new “On the House” game that was introduced earlier today to replace Bejeweled 3. The game in question is a pretty old school top-down action title that goes by the name of Crusader: No Remorse. I know, it doesn’t seem all that appealing. However, the game is completely free and yours forever on Origin, so might as well give it a shoot. As for what the game is all about, it’s description goes something like this: “As a Silencer, one of the elite enforcers of the World Economic Consortium, you’re supposed to be incorruptible. But if the system you serve is utterly corrupt, where does that leave you? You go over to the Resistance, the same pack you used to hunt down. Now, your former employers better watch their backs because you’re coming after them with all the firepower at your command. ”

The “On the House” program usually features some oldies but goodies up for grabs, but from time to time you’ll also run into more recent and great titles. Just a few weeks ago, Dragon Age: Origins was available for free while earlier this year EA offered Battlefield 3, Plants vs Zombies and the original Dead Space among others.

I’m Load The Game’s co-founder and community manager, and whenever I’m not answering questions on social media platforms, I spend my time digging up the latest news and rumors and writing them up. That’s not to say I’m all work and no fun, not at all. If my spare time allows it, I like to engage in some good old fashioned online carnage. If it’s an MMO with swords and lots of PvP, I’m most likely in it. Oh, and if you’re looking to pick a fight in Tekken or Mortal Kombat, I’ll be more than happy to assist! Connect with me by email markjudge (@) loadthegame.com only
@@MarkJudgeLTG
Previous Motorola Droid Turbo announced, packs Snapdragon 805 CPU and 5.2-inch display
Next Star Wars Battlefront and Battlefield 5 release dates announced

Electronic Arts, the two-time “winner” of the “Worst Company in America” award, has decided to ...