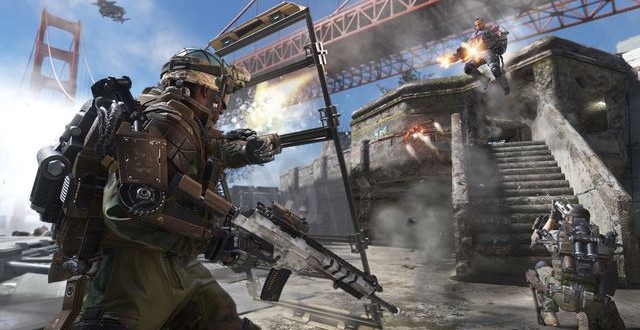 Call of Duty: Advanced Warfare is certainly an amazing game but many fans of the series feel that it lacks a certain something. Something slow moving that wants to eat your brains perhaps? You know where this is going. Zombies! Fortunately, the game will not be missing this crucial component for much longer. Developer Sledgehammer Games announced earlier today that Exo Zombies will be arriving to Call of Duty: Advanced Warfare this January. According to the company, Exo Zombies is a new survival co-op mode for the game, the first chapter of which will be included in the upcoming Havoc DLC pack.

Zombies have been a staple in Call of Duty games for a long time, but Sledgehammer wants to take things to the next level in Advanced Warfare. The DLC won’t introduce any old zombies as these particular undead will come equipped with their own exoskeleton suits, much like your own character in the game. “As things were wrapping up around launch, we started playing around with the idea of what happens when zombies were thrown into the mix with exoskeleton gameplay,” Sledgehammer said in a recent blog post. “What we came up with is Exo Zombies — an entirely new breed of zombies and an entirely new co-op experience that is truly unique to Advanced Warfare.”

The company also mentions that in January we’re going to see the first chapter of Exo Zombies, which implies that more of them are scheduled to arrive at a later time. As for the Havoc DLC, this will be just the first of four planed downloadable content packs for Call of Duty Advanced Warfare. You can either purchase it as a standalone, or you can get it via the Season Pass, which includes Havoc as well as the Ascendance, Reckoning, and Supremacy DLC packs. In the meantime, make sure you check out the Call of Duty: Advanced Warfare Exo Zombies trailer below.

I’m Load The Game’s co-founder and community manager, and whenever I’m not answering questions on social media platforms, I spend my time digging up the latest news and rumors and writing them up. That’s not to say I’m all work and no fun, not at all. If my spare time allows it, I like to engage in some good old fashioned online carnage. If it’s an MMO with swords and lots of PvP, I’m most likely in it. Oh, and if you’re looking to pick a fight in Tekken or Mortal Kombat, I’ll be more than happy to assist! Connect with me by email markjudge (@) loadthegame.com only
@@MarkJudgeLTG
Previous Kingdom Hearts HD 2.5 Remix Receives Two New Trailers
Next Xbox Games With Gold December Revealed