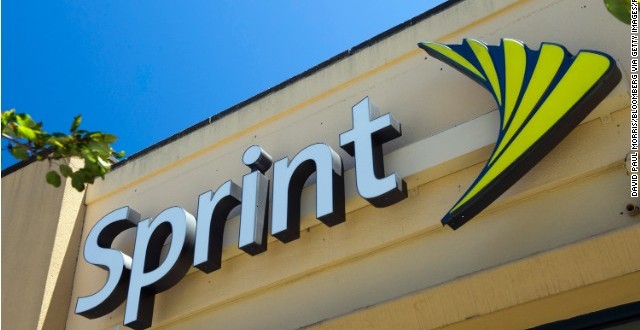 We all know there’s fierce competition between some of the companies out there, but Sprint is really taking things to the next level with their latest promotion. The carrier came up with a plan of effectively swaying away customers from their two biggest rivals – Verzion and AT&T – by making them an offer they can’t refuse. Sprint will only charge half as much as the other two carriers provided that customers are willing to leave their existing provider behind and switch to their side. Let’s say you currently have a contract with Verizon that sets you back about $150 each month and are considering this offer to save some money. Sprint will try to find you a data plan that’s similar to your current one and it will only cost you half as much, specifically $75 in this particular scenario.

As you can probably imagine though, there are some strings attached to this generous offer. The carrier is asking customers who are switching to turn in their Verizon or AT&T phones to Sprint and purchase a new one from them. You won’t get any money for the device, so that’s certainly not a good offer if you own an expensive one. However, if you own multiple handsets, you can just turn in a cheaper one and keep the expensive smartphone. That said, Sprint asks that you turn in all phones and will charge you a $200 fee for the ones you didn’t bring to them within 30 days of signing the contract.

Anyone interested in the promotion is required to bring in their latest Verizon or AT&T bill to a Sprint store, or upload it to the carrier’s website. The company will then verify the sum and create a similar plan that only costs half as much. Potentially on the down side, users who have multiple lines will have to switch all of them to Sprint. The deal will begin this Friday, December 5th and is expected to only last for a limited time.

I’m Load The Game’s co-founder and community manager, and whenever I’m not answering questions on social media platforms, I spend my time digging up the latest news and rumors and writing them up. That’s not to say I’m all work and no fun, not at all. If my spare time allows it, I like to engage in some good old fashioned online carnage. If it’s an MMO with swords and lots of PvP, I’m most likely in it. Oh, and if you’re looking to pick a fight in Tekken or Mortal Kombat, I’ll be more than happy to assist! Connect with me by email markjudge (@) loadthegame.com only
@@MarkJudgeLTG
Previous Mozilla Firefox is finally coming to the iOS
Next Sony Pictures Hacked, North Korea Suspected