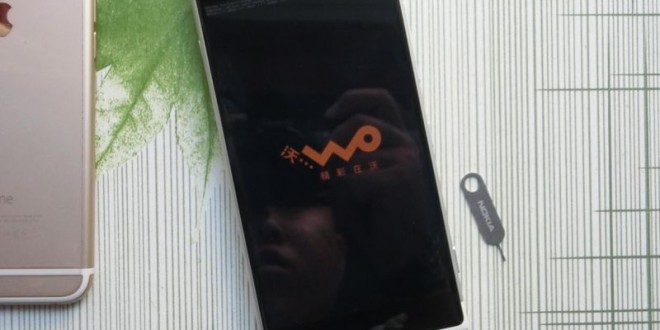 The Lumia 1030 is supposed to be launched next year, read on to find out what we expect from the new Microsoft handset

The Lumia 1030, dubbed the McLaren is the successor of the famous Lumia 1020, which has been called and is currently considered to have the best smartphone camera that you can find on the market at the moment. Since Microsoft has decided to drop the Nokia name from its products, the McLaren will be called the Microsoft Lumia 1030 and it should be at least impressive, if not groundbreaking when it comes to smartphone photography.

The Lumia 1030 will naturally run on Windows 8.1, which is a pretty neat things especially for Windows fans. If you’re an Android enthusiast, you might be put off by Windows on a phone, but I assure you that you get used to it really fast, in a couple of days or so. Even though Microsoft’s app store isn’t as large as Google Play, it still offers quite a lot for the average smartphone user. Lumia 1030 specs included a 3D Touch feature, something similar to Kinect in the beginning, but it’s more than likely that Microsoft decided to drop that feature since it would have been costly as well as hard to implement.

The McLaren or the Lumia 1030 release date is shrouded in mystery, since some are saying that the launch has been canceled, while other say that it should make an appearance at MWC 2015. Microsoft might decide to take advantage of CES 2015, too and unveil the handset at the same time the convention is being held, even though the company is not an official participant at the event. Microsoft does need a new flagship smartphone to boost its popularity and to kick off the new Microsoft Lumia line, but the McLaren or Lumia 1030 might not be the most suitable device for this purpose. Even though the Lumia 1030 is shaping up to be a great smartphone, the fact that it sacrifices a lot for the extraordinary camera makes it a niche device. Nonetheless, there are many out there who loved the Lumia 1020 and an upgraded version of the flagship wouldn’t go unnoticed, that’s for sure. Still, Microsoft might rethink its strategy and introduce a new Lumia smartphone that would rival next year’s flagships like the upcoming Sony Xperia Z4, Samsung Galaxy S6, LG G4 or HTC One M9 Hima.

We hope that the Lumia 1030 release date will be coming soon, even though there are many rumors about the launch being canceled altogether. Regardless, let’s hope for the best and expect to see the Lumia 1030 release date being announced at CES or MWC next year. Rumored Lumia 1030 specs include a Snapdragon 800 or Snapdragon 801 CPU, which is not something to write home about, but it still means we’re looking at a pretty high-end smartphone. The McLaren should pack about 2 GB RAM and should be available with 32 GB internal storage, microSD slot included. Windows 8.1 is naturally included for the Lumia 1030 and with it, features like Word Flow, Action Center, Cortana and the Denim update.

The Lumia 1030 display should end up being at least 5 inches large with a 180*1920 resolution and on-screen buttons, which should be enough for most average smartphone users. The design of the Lumia 1030 shouldn’t stray too much from its predecessor, having an even bigger camera lump on the back, demonstrating the sacrifice I was talking about earlier. From the leaked Lumia 1030 photos, we can assume that we might be looking at a metal unibody. Even though many are put off by the huge protruding camera on the back, in my mind, it looks actually pretty nice and I didn’t mind the awkward position the Lumia 1020 had when laid flat on its back. How about you guys? Microsoft surely thought that sacrificing or modifying design wouldn’t impact consumer preference that much, but many are criticizing this choice.

Judging from the photos and its predecessor, the Lumia 1030 aka McLaren should have a dedicated shutter button and a loudspeaker on the proptruding camera. As we’ve said before, a microSD card slot and naturally, a SIM card slot should be present in the phone, having to be pulled out on a tray. Size-wise, the McLaren should end being pretty bulky, but not as much as to be unattractive or for its size to be uncomfortable for most users. The main focus of the Lumia 1030 will be camera, of course, and rumors say that it will feature a large, high resolution sensor equipped with a double LED flash. 50 MP is the alleged size of the camera sensor on the Lumia 1030, but we wouldn’t be surprised if we would be greeted with a 41 MP camera like on its predecessor, even if that would be a little redundant. Optical image stabilization and a a new camera app should also come with the device. The Lumia camera app should also be adorned with new features, allowing for 4K video recording, advanced customizable HDR, speedy response time and a whole bunch of manual controls.

Let’s assume, for a moment, that the Lumia 1030 release date and specs are real, and the phone will actually be showing up in stores next year, even though we might be wrong. The estimated price for the Lumia 1030 is around $600, which is in line with current and upcoming flagship prices. Even if the Lumia 1030 aka McLaren won’t be released next year, that doesn’t mean that the project is canceled altogether and we might be seeing a new Microsoft Lumia 1030 soon enough.We’ll just have to wait and see.

My life-long dream has been to test out every gadget on the market! Considering the fact that I've rapidly destroyed almost every gadget I've had so far, I'm not inclined to owning something, so my ideal outcome would be to have a different gadget each month. I'm really into smartphones, wearables and tablets and I love Playstation and Xbox, I'm sure I'll beat you at your own game (after a month of training... or two)
Previous Free game now available for Assassin’s Creed Unity Season Pass owners
Next Cheap 64 bit CyanogenMod mid-ranger from Micromax launched today