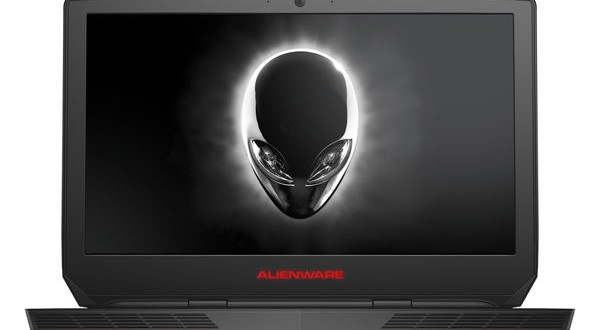 Dell took full advantage of all the hype currently going on at CES 2015 to unveil a few of their own products, including a couple of new Alienware gaming laptops. First off, we have what seems to be the world’s lightest 15-inch Alienware laptop in the form of the Alieware 15. This machine is also thinner than previous offerings and comes complete with a quality aluminum chassis and a very impressive 4K resolution display. However, this resolution is optional and will end up costing you a bit more than the 1080p variant. Hardware-wise, we’re looking at high-end components such as the Nvidia GTX 980m graphics card and an Intel i7 quad-core processor clocked at 3.5 GBz. The Alienware 15 also comes equipped with 16 GB of DDR3 1600 MHz RAM and a 1 TB HDD.

That said, some might prefer different components and Alienware is more than happy to deliver. The alternative to the Nvidia card comes in the form of the AMD Radeon HD R9 M295X while the CPU can be replaced with an Intel Core i5 dual-core processor running at 3.5 GHz. As for the Alienware 17, it’s essentially the same gaming laptop, albeit with a 17-inch display, just like its name suggests. Interestingly, this bigger notebook doesn’t feature 4K support, so you’re stuck with 1080p no matter what. That said, 4K resolution on a display of that size would have probably caused quite a few framerate drops despite the impressive hardware, so it might be for the best.

In terms of pricing, we’re not talking about anything too crazy, at least as far as Alienware products go. The 15-inch model comes in at around $1,199 while the 17-inch variant can be acquire for no less than $1,699. Both the Alienware 15 and the Alienware 17 are already available for purchase in the US from Dell’s official website. Stay tuned for more news and updates.

I’m Load The Game’s co-founder and community manager, and whenever I’m not answering questions on social media platforms, I spend my time digging up the latest news and rumors and writing them up. That’s not to say I’m all work and no fun, not at all. If my spare time allows it, I like to engage in some good old fashioned online carnage. If it’s an MMO with swords and lots of PvP, I’m most likely in it. Oh, and if you’re looking to pick a fight in Tekken or Mortal Kombat, I’ll be more than happy to assist! Connect with me by email markjudge (@) loadthegame.com only
@@MarkJudgeLTG
Previous Kodak IM5 is a mid-range Android smartphone with a gimmicky camera
Next Majora’s Mask 3D Limited Edition Figurine