Breaking News
Home » NEWS » Mass Effect 4 Will Not Be Influenced By The Success of Dragon Age: Inquisition 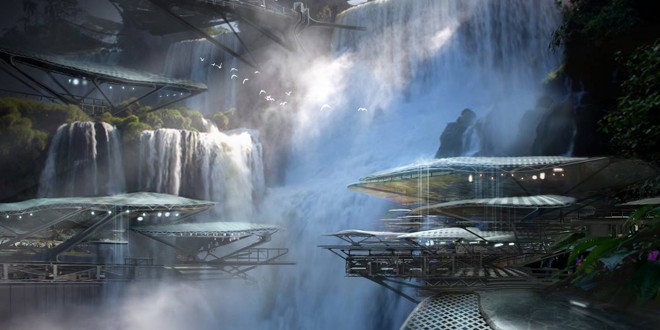 Mass Effect 4 Will Not Be Influenced By The Success of Dragon Age: Inquisition

Released in Nov.  2014, Bioware’s Dragon Age: Inquisition was a hugely successful project for the company, going on to become their biggest launch ever. Given the scale of that success, you’d expect the game might influence the design and planning of other games the company’s working on, including the currently in-development Mass Effect 4. Not so, according to Bioware.

Right off the bat, it’s worth noting that the next Mass Effect game will not be called “Mass Effect 4.” it also won’t be called “the Next Mass Effect.” However, until Bioware decides to come up with an official moniker, we’ll be referring to it as such. As reported by Gaming Bolt, Bioware general manager, Aaryn Flynn explained that the next game in the esteemed series would be looking inward for inspiration. “The next Mass Effect will be (and should be) drawing on its own rich and successful past more than what DAI would say it should do,” he said in a post on popular gaming forum, NeoGAF,

Flynn goes on to detail what he means by that, highlighting the return of the opinion-splitting Mako rover from the first game, using it as an example of how Mass Effect 4 will expand on the ideas introduced by its forbears.

“Take the Mako, something we’ve already shown in prototype form. We had that in ME1, and bringing it back is more related to a feeling that we can do it much better than we did before and fulfill the original promise of that gameplay,” said Flynn.

The Mako was certainly an interesting idea, but as Flynn pointed out it never quite reached its potential. Rather than empowering users with the ability to easily explore the vast alien worlds they encountered, it could often dampen the desire to explore. This was in no small part due to the fact that it handled like a rocket-powered Ford Bronco on an ice skating rink. We’ve heard rumors that the vehicle’s handling model is being completely overhauled, and this seems to confirm those rumors.

The really exciting stuff comes later, as Flynn states that not being hamstrung by the limitations of the last-gen consoles, PS3 and Xbox 360, allows them to explore ideas that were simply not feasible in the newest Dragon Age game.

“I’d go so far as to say that dropping the older consoles has had more impact on the overall gameplay goals of the next Mass Effect game than what DAI successfully accomplished.”

The fact that Bioware are actively using the power afforded by the current generation consoles to create new and interesting gameplay opportunities in the next Mass Effect game is hugely promising. Later in the conversation, noted industry insider,  Shinobi602 who claims to have had hands on with the game, provides a few tidbits. Shinobi602 states that Mass Effect 4 will not be plagued by fetch quests, and that the Mako will not be armed with a turret, as it was in the first game. While Shinobi602 has a decent track record as an insider, these reports are unconfirmed.

Excited yet? Hold your horses, last we heard Mass Effect 4 won’t be out in 2015. Best guess is a release date some time in 2016. If that sounds too far off, it’s better than the debunked rumor which had it pegged for 2020.

Mass Effect 4 will be released on PlayStation 4, Xbox One and Windows PC. Some day.

Hardcore gamer by day, comic book writer and professional heavy sleeper by night. I love videogames and I'll try almost any genre once. Unless it requires lots of time and effort, then I'll probably zone out. I started on the NES and cherish those early Nintendo memories, but I tend to call PlayStation platforms home now. Also, Star Trek TNG rules.
@@shobocoker
Previous The Witcher 3: Wild Hunt’s Download Size is Predictably Immense
Next Final Line-Up of Club Nintendo Rewards are Incredible