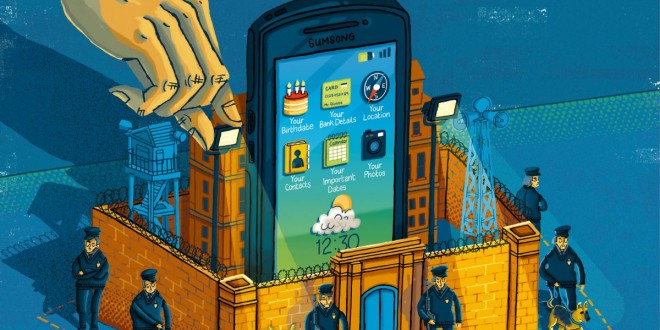 Best privacy apps for Android with end to end encryption

Secure communication has become a bit of a tabu now, seeing as the NSA, FBI and other government agencies frown upon end to end encryption provided by certain software. Those concerned with their privacy and want to have a secure communications experience when using their smartphones don’t have a lot of options out there, but thankfully, there are enough free apps that one can use. We’ve compiled a list of 10 of the best privacy apps for Android that use end to end encryption in order to keep your documents, conversations, calls, messages, photos and web browsing safe from prying eyes.

Even though there are voices out there saying that end to end encryption is a solution for those who have illegal activities to hide, most people know that is not the case with every person. Wanting a secure, private means of communication is a basic human right, because nobody likes having their texts read by anyone else than themselves and the recipient. Wanting privacy is totally normal, because companies tend to sell the information they gather from our communication attempts to advertising companies, which does not sit well with many Android users. Although we should always read the terms and conditions of an app or service or product, sometimes there aren’t many alternatives available if those terms do not sit well with us. Here are the ten best privacy apps that use some ind of end to end encryption protocol that Android users can get for free from the Google Play Store. We hope that they help and we hope that you find something that would make you feel safer communicating in the online medium.

Wiper is a new app which offers not end to end encryption, but a very close alternative. Once you send a text, you can choose to have it erased (wiped) from your phone, your recipient’s phone and the Wiper servers. so it’s essentially a type of Digify, but different. The app also lets you know about what your friends are doing with the content you’ve sent to them, including screenshots, which can come in handy if you want to have a quick argument. It’s a pretty complete application that also offers free secure HD calling, but your recipient needs to have Wiper installed in order for this to work. According to the developers, the calls are encrypted and Wiper does not keep any call logs whatsoever. Moreover, the app also lets you use an in-app Youtube player with which you can view and share videos. One of the things that stands out with this privacy app is that it uses bitcoin payments instead of real money, making transactions as secure as possible. The advantage of having a full bitcoin wallet embedded in the app is that you can easily exchange bitcoins with your friends, in case they’re (or you are) in need. You can download Wiper for free from the Google Play Store, but it’s also available for iOS.

My life-long dream has been to test out every gadget on the market! Considering the fact that I've rapidly destroyed almost every gadget I've had so far, I'm not inclined to owning something, so my ideal outcome would be to have a different gadget each month. I'm really into smartphones, wearables and tablets and I love Playstation and Xbox, I'm sure I'll beat you at your own game (after a month of training... or two)
Previous SHOUTcraft Clan Wars Returning for Season 2
Next Steam Greenlight Spotlight: Voice of Steel

According To Google, Your Secret Questions Aren’t Secure

A new report from Belgian universities suggests that Facebook is in violation of EU laws ...