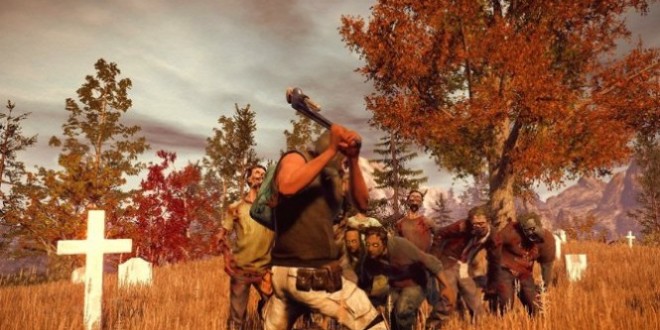 State of Decay : The Apocalypse in 1080p

As we put down Dying Light and Dead Rising 3, we wondered what the next undead game would be.  After slashing our way through Harran and Los Perdidos, we come to face to face with yet, another apocalyptic masterpiece.  Ladies and gentlemen, hold your applause, a re-imagined State of Decay is on the way, complete with new content and visuals.

Not too long ago, LTG reported in October that State of Decay sold more than two million copies on XBLA and Steam (sales for the DLC were not taken into account).  Despite the lack of advertising, the game did surprisingly well.  Critics loved the frantic feeling of scavenging supplies, fighting the hordes, and rescuing playable characters.  However, there were issues concerning the low graphics on the Xbox 360 and that the draw distance made it difficult for players to spot incoming zombies.  Developer Undead Labs reports that these issues have been fixed and hope to see that gamers will enjoy this new edition.

The re-imagined State of Decay contains all the DLC content and much more.  Players who pre-ordered the game will be given access to the SKS rifle, the Prepper SUV, and the Folding Axe.  Xbox Players will also have the opportunity to transfer their progress from the 360 to the One.  And for those who previously purchased the game, they will be able to purchase the next-gen version at a %33 discount.

Why are we fascinated by the apocalypse?  Simple, we love survival.  At the same time, our basic instinct is to live. We’re always curious to see what the apocalypse brings out in us.  Shows like The Walking Dead or Z Nation reveal that beneath our plastic exterior, something much darker lurks in the interior.  Games like Dying Light  or DayZ show that even the characters we meet can be sadistic fools who want nothing more than our sole can of beans.  Now, as we sit on our couches and twiddle our thumbs, be assured that the next-gen State of Decay is set to arrive on April 28th, priced at $29.99.

For those who are interested in what LTG wrote about State of Decay in October, click here. As for the game’s trailer, take a look below.