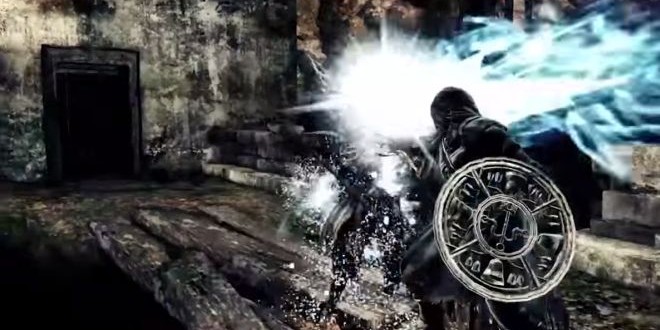 We were hearing rumors about Dark Souls 3 a few days ago, and it looks like they were in fact true. The Know broke the story on June 5 when it received leaked screenshots and information from an anonymous source (so you may want to take it with a grain of salt). And to the distress of PC gamer Dark Souls fans everywhere, Dark Souls 3 is only scheduled to hit PlayStation 4 and Xbox One in 2016. Apparently, PC is listed as negotiable, so it’ll most likely be ported later similarly to how Dark Souls 2 was handled.

Multiplayer is shaking up the formula by adding sacrifice ceremonies to invade other players’ games, but like in other installments, invading more games means you’re more likely to get invades as well. Performing sacrifices will change your game, as well. The details aren’t too specific, but they may be able to create bonfires, summon an NPC to the  sacrifice location, change lighting effects and even alter boss battles.

The content in 12 in-game areas is also supposed to more similar to the first Dark Souls. Other news includes “Swordfighting arts,” which are special moves that can be equipped and changed. Dark Souls 3 will also have 15 new bosses, 45 new enemies, 100 new weapons (significantly more than Bloodborne) and 40 new armor sets on top of some returning equipment. The leak also suggest Dark Souls 3 will be appearing at E3. Finally, since this is Dark Souls news and everyone feels it’s necessary to say these jokes, prepare to die again and praise the Sun.