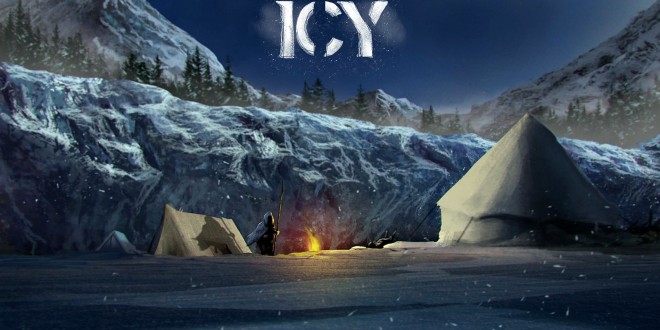 Inner Void Interactive’s first game, ICY, is an interactive story game set in a post-apocalyptic tundra. It’s a world with lots of snow and not much else, and this new landscape has been aptly titled the White Wastes – a barren, seemingly inhospitable landscape full of bandits and beasties. A new ice age has arrived and you’re an avalanche survivor, suffering from amnesia, who was found and taken in by a nomadic family. Two years later, you’re still with the same group and simply trying to survive. The story picks up when your family is attacked by bandits and some of your party are sold as slaves. From then on, you will have to find the slavers so that you can free your friends while also trying to rekindle your forgotten memories. If narrative games aren’t your cup of tea then ICY may not be for you.

ICY takes a classic approach to interactive narrative games.  All of the action occurs through the dialogue and writing, but the game takes the form of a tabletop board game. In doing so Inner Void manages to capture the feel of a tabletop RPG, and the game places its focus on the tabletop feel rather than simply on narrative. The game does require a lot of reading from you, and you do have to read everything to get invested with the characters and the story, but you never feel like you’re simply reading a book. You will move your party’s game-piece about the waste, but pause at various locations or for random events and solve issues through the interactive narrative. It’s effective in breaking the narrative up, but as I progressed further in the story I felt it was occasionally a little too spaced out. I’d occasionally find myself just watching the game-piece move from end to end of the board stopping only to make sure no-one starved to death. And this will happen if you don’t keep a close watch on your food and stop to hunt occasionally. However, this wasn’t enough to stop me from wanting to continue the story. 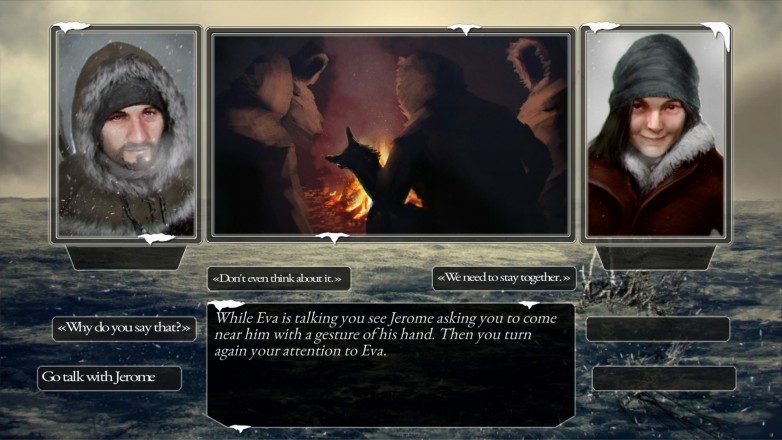 You can pause at any point and talk to your fellow travellers in your camp with new dialogue options appearing as you progress through the game’s story. It’s through these chats that you can slowly get to know your party a little bit better. It would have been nice to have more individual character dialogue as the game progresses, but for the studio’s first game I can understand – there is already a lot of writing.

In addition to this, you have to spec your own unique character. You choose from six different portraits, three are male and three are female, and then you set your stats and skills. These skills influence all of the decisions that you make in the narrative. If you don’t allocate points to bows, don’t expect to hit anything when you hunt with a bow. This adds an extra dimension to the narrative; the game demands that you choose between various options for each event in the story, but each option may have different outcomes depending on your skillset. Having skills at three or four across the board seems to get you through most situations, as long as your sensible; attacking a charging boar with your knife instead of a gun tends to end with your character getting hurt.

Your nomad-family companions also have various skills that are set at different levels. Unfortunately, you are unable to level them up like your own character, nor was I able to find a way in which their skills influenced anything. The decisions that you make are yours to make, your party members just feel like they’re along for the ride. The only exception to this, that I noticed, occurred in the first five minutes. You are hunting with a partner and you have to decide who will shoot a deer. This isn’t altogether a bad thing. It is after all your story and as the party leader your calling the shots, as you progress through the narrative and interact with the story you won’t really notice the absence of your party member’s skills. It’s just a strange addition to the game to have stats that don’t do anything. The same thing seems to occur with your inventory. You can equip your character, and only your character, but the changes that you make don’t seem to serve much of a purpose.

ICY does have its issues. As the first game released by a new studio there are a few bugs and elements that need work. Occasionally in combat the text disappeared on me and I simply clicked buttons until the battle was done. The text also gave me the impression that it was translated, with words popping up out of context. And there are also jarring moments in the narrative that break immersion. On more than one occasion when hunting, I successfully shot a deer or a boar with an arrow only to have the following scene have “the cougar attack me.” The steam forums also mention many instances of the player’s character falling off of a cliff while scavenging buildings. Even more bothersome however, I met a fellow nomad out on the wastes who aided me in one of the game’s story line missions; afterwards he asked to join my nomad family and I flatly refused. He walked away sadly, but as soon as I finished the mission he was still a part of my party and participated in party conversation from then on. I’d be willing to wave off the occasional cliff or wild animal that materializes out of thin air, they’re just a bugs, but in a game that progresses because of your character’s choices all of the options provided should work. Fortunately this only happened once and ICY’s developers have been releasing updates since launch. 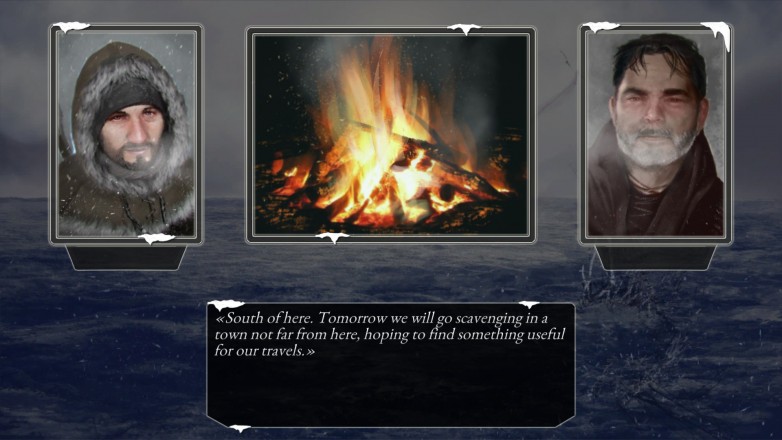 ICY may have its faults, but the game still managed to hook me and still has me wanting to play more. There’s a really great segment involving a tree, I won’t spoil it, but it showcases everything done well in the game. The people at Inner Void clearly put a lot of work into ICY and it shows in the artwork and the sounds that help make the White Wastes come to life. The hand drawn images help to supplement the writing and all of your actions have sounds, from gunshots to the crunch of snow under your party’s feet. ICY isn’t all that long of a game but it boasts multiple endings and so offers at least a couple of different playthroughs. If you enjoy narrative games and you can look past the bugs then you may want to take a look at ICY if you can find it on sale.

Inner Void Interactive's first game, ICY, is an interactive story game set in a post-apocalyptic tundra. It's a world with lots of snow and not much else, and this new landscape has been aptly titled the White Wastes - a barren, seemingly inhospitable landscape full of bandits and beasties. A new ice age&hellip;
Indie Spotlight: ICY – A Review
Indie Spotlight: ICY – A Review
Daniel Cooper

ICY may not be the the go-to narrative game, but it merges elements from tabletop RPG's, survival, and story narrative games in a way that works. If you can look past the bugs you will find a fun story adventure here. PROS - Fun Story - Great Artwork and Soundtrack - Interesting mix of RPG, survival, and narrative game elements - Multiple endings CONS - Buggy - Script occasionally feels translated - Choice option didn't work - Additional functions with no purpose

Hi I'm Daniel and I'm an aspiring writer, avid gamer, and wanna-be cook; I'm not quite certain in which order. I like all things RPG and if that means swords n' spells, all the better. But, provided it has a good story I'll probably want to try it regardless of what it is. I'm a Windows junkie, and I spend my time gaming on Xbox, PC, and my 2DS.
@@danielcooper179
Previous RTX 2015: A recap of entertainment news from the convention
Next Star Wars Battlefront: You weren’t going to play that campaign anyways…or were you?