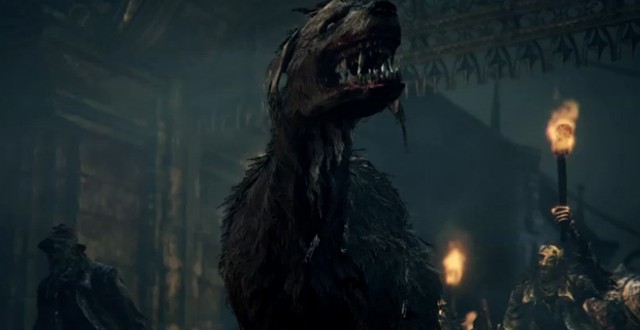 Project Beast is an upcoming title from the developers of Dark Souls and Demon Souls, From Software. Until recently the game was shrouded in mystery, with only a few blurry screenshots being available. Today the first gameplay footage was leaked on the NeoGaf forums. As a side note, the aforementioned screenshots also surfaced on the very same forums.

The footage first started off as a series of GIFs , which were later compiled into the short video that you can see above. The clip features a shotgun wielding warrior that’s roaming around dark environments while battling supernatural monsters. This whole gloomy atmosphere certainly has a From Software feel to it and is very reminiscent of their other titles. Even the boss at the end looks like it came straight out of Demon Souls. We must note however that there seems to be a big difference between Project Beast and the Souls games, namely the gun. As we all know, the company’s previous titles didn’t feature firearms so it looks like From Software wants to try something new with their upcoming game.

Previous statements coming from someone’s who has allegedly seen a trailer for the game reveal a few more bits of info. Aside from guns, Project Beasts’ protagonist will also reportedly be able to use swords and magic. Also, the playable character was fighting a giant “mindflayer” enemy at one point. This is most likely the boss we’ve seen at the end of the short clip. Mind Flayers are tentacled humanoid monsters with psionic powers that appear in the Dungeons & Dragons lore. It seems like the person who first leaked the screenshots and has seen the trailer was on to something. This recently leaked video kinda looks like its part of a longer trailer for the upcoming game.

Project Beast is said to be a collaboration between Sony Computer Entertainment Japan and From Software. If rumors are correct, the game will be the first of several new PS4 exclusive titles. Some people seem to believe that Project Beast is just a working name, and that in fact this is Demon Souls 2. Others agree that the game looks to be the sequel to Demon Souls, however that doesn’t mean it can’t have a completely different name. In any case, we’re certain that we’ll find out more about it at E3 2014. The name will probably be confirmed then, and we assume the full trailer will also be revealed.

Sony’s E3 press briefing will begin Monday, June 9 at 9 p.m. Eastern Time. Aside from Project Beast, The Order: 1886 is also said to be present at the event. Stay tuned for all the latest news and updates.

I’m Load The Game’s co-founder and community manager, and whenever I’m not answering questions on social media platforms, I spend my time digging up the latest news and rumors and writing them up. That’s not to say I’m all work and no fun, not at all. If my spare time allows it, I like to engage in some good old fashioned online carnage. If it’s an MMO with swords and lots of PvP, I’m most likely in it. Oh, and if you’re looking to pick a fight in Tekken or Mortal Kombat, I’ll be more than happy to assist! Connect with me by email markjudge (@) loadthegame.com only
@@MarkJudgeLTG
Previous Bethesda explains why The Elder Scrolls Online was delayed on consoles
Next Uncharted 4 is already being praised by insiders