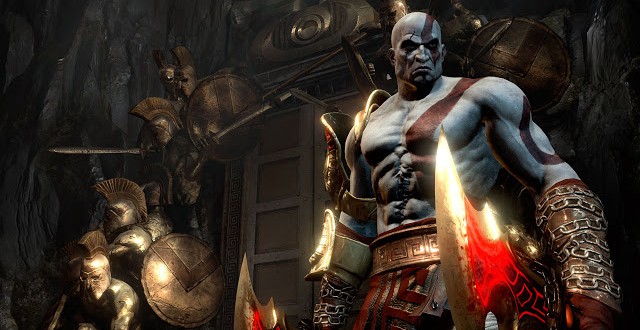 More that a year has passed since the last God of War game graced the PS3. Considering that E3 is now less that a week away, it’s not surprising that all sorts of rumors are already flying around. All signs indicate that this year’s expo will be more about games than anything else. Given the circumstances it’s only natural to hope for a sequel to God of War: Ascension to be presented at the event. But what are the chances that this will happen? Well, this exact question might have been already answered by the creators themselves on Twitter. Santa Monica Studios recently posted a tweet which seems to hint that we can expect the next installation in the popular franchise to be presented at the Electronic Entertainment Expo.

The Gods have spoken once again, maybe they are just excited for #E3 #earthquake #LA

I’m sure many people would say that it’s a bit of a stretch to make assumptions based solely on this tweet. We happen to agree, but we think that we can also agree on the fact that Sony really needs to present something big for E3. After the delay of The Order: 1886 fans will surely need something else to look forward to now. The recently leaked Project Beast might be a good option. Also, there are rumors saying Uncharted 4 will be featured at the event. But I think a new God of War game for the PS4 is what the company really needs right now. The series is known for being a great system seller, and given that Microsoft plans on catching up in the console wars, Sony needs to sell even more units if they want to stay ahead.

There are other reports that suggested something similar as well. Last month DualShocker came out and said that one of their sources claimed that God of War 4 will be present at this year’s E3. “God of War 4 teaser will be present – will be CG with snippets of in-engine footage. A little early for reveal, but is designed to offset negativity surrounding canceled new IP and generate excitement – also to partially offset CG announce of Gears of War at Microsoft presser. Late 2015. Date wont be announced.” The source chose to remain anonymous so we advise you to take this with a grain of salt. In any case, it is a well-known fact that God of War fans are eagerly waiting for the next title in the series so let’s hope Santa Monica Studios reveals the good news soon.

Sony’s E3 press conference starts Monday, June 9 at 6 p.m. We’ll let you know as soon as we learn something new so stay tuned for more news and updates.

I’m Load The Game’s co-founder and community manager, and whenever I’m not answering questions on social media platforms, I spend my time digging up the latest news and rumors and writing them up. That’s not to say I’m all work and no fun, not at all. If my spare time allows it, I like to engage in some good old fashioned online carnage. If it’s an MMO with swords and lots of PvP, I’m most likely in it. Oh, and if you’re looking to pick a fight in Tekken or Mortal Kombat, I’ll be more than happy to assist! Connect with me by email markjudge (@) loadthegame.com only
@@MarkJudgeLTG
Previous Apple might support Bitcoin transactions soon
Next Latest Xbox One update comes with external storage support