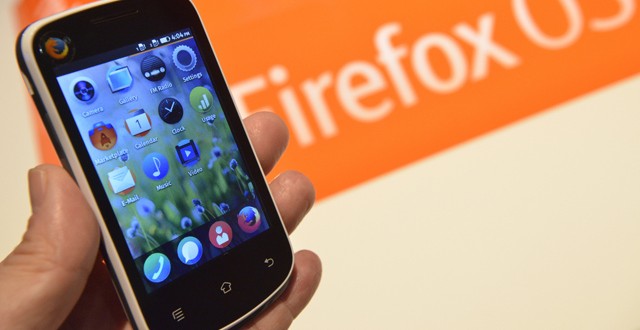 Two companies in India are planing to introduce unlocked smartphones as cheap as $25. These phones are going to run the Firefox OS. This is a browser-based operating system so it runs a version of Firefox that’s light enough to run on mobile phones hardware. It’s basically a stripped-down OS that doesn’t run native apps like the Android OS does, it runs web apps. If you’re a developer and you already have a website, that site is essentially your web app so Firefox OS can capitalize on that existing developer base. It gets them ahead in the market because iOS and Android are dominant so it’s very hard to get a foothold, but by leveraging the weight they can get an advantage.

Mozilla has been working very hard to get the prices down and get the operating system to work on very limited hardware. They can get it down to 128 MB of RAM, which is very little. By comparison, the new Android KitKat that can get it down to 512 MB of RAM so that’s four times as much memory. We’re talking very low-end hardware that doesn’t require as much processing power as Android just by the way it’s designed. That’s why they think they can get the smartphones down to the remarkebly low price of $25. They are trying to come in underneath Android and iOS to get a foothold in the market.

This is a very interesting strategy if you compare it to something like Tizen or Windows phone. Those are really going head-to-head against Android and iOS, but what do they actually offer that’s better? They’re just another alternative except there aren’t as many apps for them. Firefox OS really is a little bit different, but it’s gonna be tough for them because Android phones are coming down in price. Another problem is that you have to pay for the network. So even if the phone is really cheap, it can still be out of reach for a lot of people with low incomes just because they wont necessarily be able to afford the network.

Mozilla is trying to push Firefox OS in a lot of markets where you don’t see as much of an emphasis by Google and Apple. For example Brazil, Colombia, Venezuela, India, Indonesia, Malaesya, China, Russia, and a lot of Eastern European countries. These countries might not be very developed, but people there want to use smartphones as well so that’s why the company is targeting them. The main reason Mozilla is doing this is because they want to extend the power they have in the desktop world and bring it into the mobile world. It will be interesting to see if they can actually make it happen. Stay tuned for more news and updates.

I’m Load The Game’s co-founder and community manager, and whenever I’m not answering questions on social media platforms, I spend my time digging up the latest news and rumors and writing them up. That’s not to say I’m all work and no fun, not at all. If my spare time allows it, I like to engage in some good old fashioned online carnage. If it’s an MMO with swords and lots of PvP, I’m most likely in it. Oh, and if you’re looking to pick a fight in Tekken or Mortal Kombat, I’ll be more than happy to assist! Connect with me by email markjudge (@) loadthegame.com only
@@MarkJudgeLTG
Previous New iPhone 6 leaked photos were revealed today
Next The SwiftKey Android app is now free