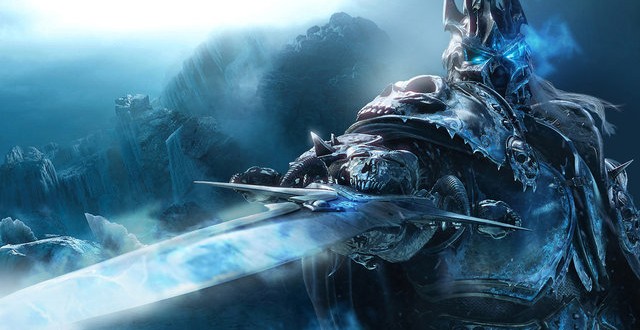 A new report by SuperData Research reveals that Blizzard earned $1,041 billion in revenue from World of Warcraft in 2013. According to the research, WoW was by far the most successful MMORPG last year with a market share of 36%. Several important tiles have switched to free-to-play in recent years, but still earn revenue via microtransactions or other pay-to-win business models and were taken into consideration when compiling the list. SuperData Research lists the top 10 MMOs that “earn revenue from subscriptions, expansion packs, and microtransactions-based virtual items and services (e.g. experience boosts, items, mounts, and server transfer fees).”

The fact that World of Warcraft ranked number one is not exactly surprising given that the game has been the most popular MMORPG for many years now. Some of the other entries on the list have not been around for too long however, but have still managed to do very well. The original still Lineage hasn’t decreased in popularity last year and has earned rank 2 on the list with $253 million in revenue. Immediately behind it we find the action-packed Tera: Online, which became highly successful after swithing  to FTP, a fact mirrored by the $236 million earned last year. Three more titles from NCsoft also made the list: Aion ($88 million), Blade and Soul ($65 million), and Lineage 2 ($45 million).

Fourth place is occupied by Bioware’s Star Wars: The Old Republic with $165 million. The funny thing is that most people considered the game to be a complete failure that didn’t live up to the hype. I mostly agree with the last part, but I wouldn’t consider SWTOR a failure and neither do lots of other people from the looks of it. But we need to note that Bioware did mention at one point that The Old Republic would “kill World of Warcraft”. We’re still waiting. The rest of the top 10 is not too surprising with Turbine’s Lord of the Rings Online grabbing 5th position with $105 million, veteran EVE Online sitting comfortably at number six with $93 million, and last but not least (or is it?), we have RIFT with $36 million.

Two new subscription-based MMOs have been released this year: The Elder Scrolls Online and WildStar. The first didn’t quite live up to the promise, but Bethesda is working hard on updates and additional content so the future looks more or less promising. WildStar also promised a lot and received a massive amount of hype, but it’s too early to say if it can truly deliver. Although visibly declining, World of Warcraft still has the biggest subscriber base out there and I would be very surprised if any other game in the genre will be able to match it in the near future. 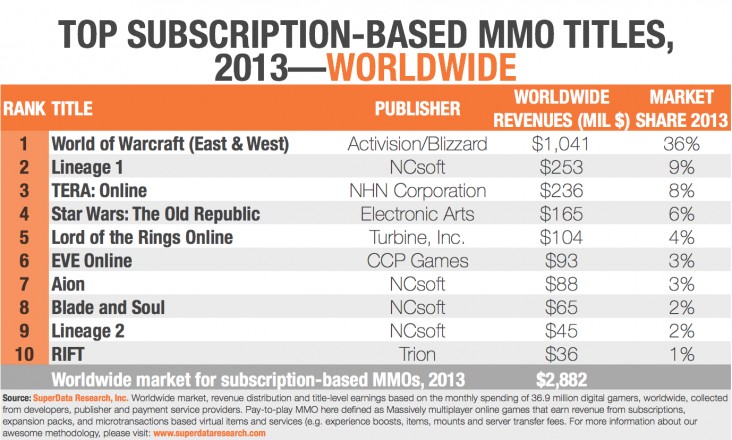 I’m Load The Game’s co-founder and community manager, and whenever I’m not answering questions on social media platforms, I spend my time digging up the latest news and rumors and writing them up. That’s not to say I’m all work and no fun, not at all. If my spare time allows it, I like to engage in some good old fashioned online carnage. If it’s an MMO with swords and lots of PvP, I’m most likely in it. Oh, and if you’re looking to pick a fight in Tekken or Mortal Kombat, I’ll be more than happy to assist! Connect with me by email markjudge (@) loadthegame.com only
@@MarkJudgeLTG
Previous Xbox One August update details revealed
Next New iPhone 6 images emerge, said to be the real deal