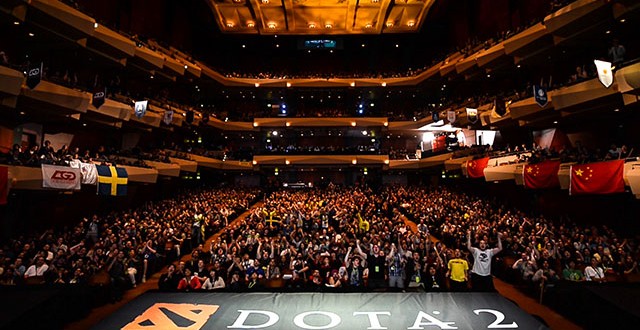 Following the huge success of Dota 2’s The International 4 tournament ESPN is reportedly looking to broadcast other esports events as well in the future. The network was apparently “delighted” by the high number of viewers they saw, the Daily Dot reports. Sources close to the matter are saying that the company is especially happy with the ratings of a documentary about The International, which was broadcasted on ESPN2. “ESPN have seen enough recent successes with esports and are about to double down.The numbers they hit with The International have only cemented the view that the time is right.”

The Daily Dot also mentions that the Xbox was the platform of choice for watching The International 4. This is a little odd, to say the least considering that Dota 2 is a PC only title. In any case, now that the tournament proved that esports are worthy of their time, EPSN is looking to expand and the next game on the list seems to be Call of Duty. “They are in advanced talks to bring that product to both ESPN web properties as well as their TV stations, and they are in the preliminary stages of looking at other games,” the source said, but didn’t mention any particular games.

Call of Duty might be a wise choice as it is one of the most popular franchises in the world, and especially in North America. We assume that ESPN might also be looking into broadcasting Starcraft 2, League of Legends, Hearthstone, and Counter-Striker. This assumption is based on the fact that these games have a much bigger impact on esports than Call of Duty and generally get more views on video streaming platforms such as Twitch. But regardless of which games will end up being broadcasted, the fact that esports made it into the mainstream media is incredible news for the industry as a whole.

I’m Load The Game’s co-founder and community manager, and whenever I’m not answering questions on social media platforms, I spend my time digging up the latest news and rumors and writing them up. That’s not to say I’m all work and no fun, not at all. If my spare time allows it, I like to engage in some good old fashioned online carnage. If it’s an MMO with swords and lots of PvP, I’m most likely in it. Oh, and if you’re looking to pick a fight in Tekken or Mortal Kombat, I’ll be more than happy to assist! Connect with me by email markjudge (@) loadthegame.com only
@@MarkJudgeLTG
Previous Follow-up: Shamu specs and release date leaked
Next Mass Effect Trilogy PC available for only $10 as part of GameStop’s Summer Sale