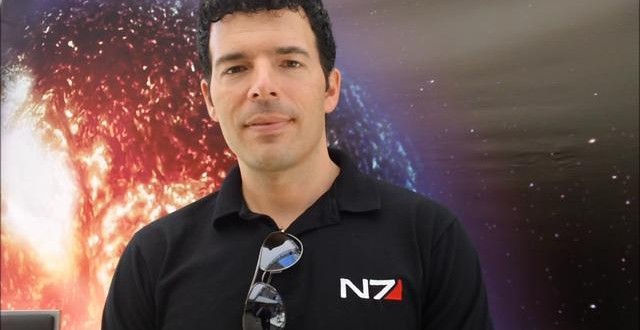 Bioware just revealed via Twitter that Casey Hudson is no longer with the company unfortunately. Hudson has been one of the most prominent figures at Bioware since…well…forever. He worked on highly acclaimed titles such as Neverwinter Nights, MDK2, Star Wars: Knights of the Old Republic and was the lead developer of the Mass Effect trilogy. Presumably he was supposed to maintain this role for Mass Effect 4 as well, but it seems plans have changed. Back at E3 Hudson was one of the Bioware developers who talked about the future of the franchise as well as the company’s next, still unannounced project. In his farewell letter Casey Hudson says that the development of Mass Effect 4 is well underway and suggests that the game is in very good hands.

“After what already feels like a lifetime of extraordinary experiences, I have decided to hit the reset button and move on from BioWare. I’ll take a much needed break, get perspective on what I really want to do with the next phase of my life, and eventually, take on a new set of challenges. Though there’s never an easy time to make a change like this, I believe this is the best time for it. The foundation of our new IP in Edmonton is complete, and the team is ready to move forward into pre-production on a title that I think will redefine interactive entertainment. Development for the next Mass Effect game is well underway, with stunning assets and playable builds that prove the team is ready to deliver the best Mass Effect experience to date.

And the Dragon Age: Inquisition team is putting the final touches on a truly ambitious title with some of the most beautiful visuals I’ve seen in a game. But while I feel that the time has come, this is without a doubt the most difficult decision of my career. BioWare is as magical a place today as it was when I started. The projects we are working on are some of the most exciting and prestigious in the world. The talent in our teams is second to none. And the people here are some of my closest friends. I’ve spent more time with many of you than my own family, and I have enjoyed every day of it.”

We haven’t always agreed with the decisions of mister Hudson but it’s sad to see him leave Bioware. Hopefully this will not slow down the development of Mass Effect 4.

I’m Load The Game’s co-founder and community manager, and whenever I’m not answering questions on social media platforms, I spend my time digging up the latest news and rumors and writing them up. That’s not to say I’m all work and no fun, not at all. If my spare time allows it, I like to engage in some good old fashioned online carnage. If it’s an MMO with swords and lots of PvP, I’m most likely in it. Oh, and if you’re looking to pick a fight in Tekken or Mortal Kombat, I’ll be more than happy to assist! Connect with me by email markjudge (@) loadthegame.com only
@@MarkJudgeLTG
Previous Destiny will be a 10-year project according to Bungie
Next Diablo 3 will run at 1080p on both the PS4 and the Xbox One