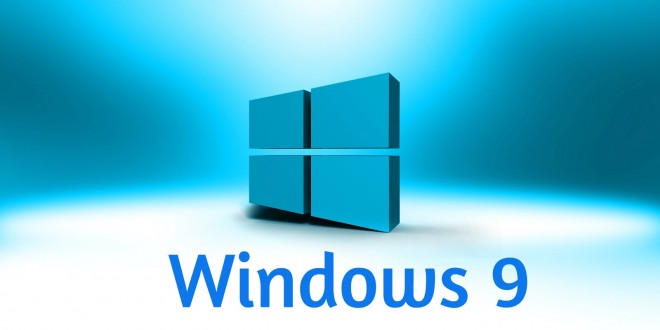 Windows 9 code-named Threshold will possibly be launched earlier than expected after Microsoft China posted on Weibo and leaked the new OS’s logo.

Microsoft China has posted the following: “Microsoft’s latest OS Windows 9 is coming soon, do you think the start menu at the left bottom will make a come back?” That’s all that we got except for the logo, but we are starting to think about how Windows 9 will end up looking like in the end. Maybe the start menu will actually come back to the joy of some customers.

So far, we can peg the release of Windows 9 Threshold for September 30 since Microsoft will be holding a press event on that date and will probably release a developer/technical version of the OS to developers and partners. We’re expecting to see at least a preview of what the new OS will look like at the event.

Since the post first appeared, the logo seen above has been taken down, but not before someone caught a screenshot of it in time for the pleasure of those tingling with excitement about Windows 9. The new OS will supposedly bring interactive live tiles, a new start menu, notification center, live folders and more customization options for the Start screen.

So far, we’ve known that a developer version of Windows 9 will be released soon, but reports claim that the full OS will be up for grabs sometime in the Spring of 2015. We hope Threshold won’t come alone, but we haven’t heard any chatter about what Microsoft is planning. We hope to see a new tablet coming our way, since the Surface Pro 3 was a successful device, even though plagued with some issues. A new tablet from Microsoft with the power of the Surface Pro 3 would really come in handy if it were optimized to power user levels without people having to cool down their own palms after the tablet overheats and shuts down.

Nonetheless, we are excited to see the developer preview of Windows 9 go live and we might see it by the end of the month. Curiosity about what Microsoft will do with Threshold keeps us at the tip of our toes waiting to see whether user suggestions will be implemented in the new OS and whether it will actually look, feel and work better than Windows 8.

My life-long dream has been to test out every gadget on the market! Considering the fact that I've rapidly destroyed almost every gadget I've had so far, I'm not inclined to owning something, so my ideal outcome would be to have a different gadget each month. I'm really into smartphones, wearables and tablets and I love Playstation and Xbox, I'm sure I'll beat you at your own game (after a month of training... or two)
Previous Mighty No. 9 Beta has started
Next Bungie will support Destiny “a lot more aggressively” than its other titles