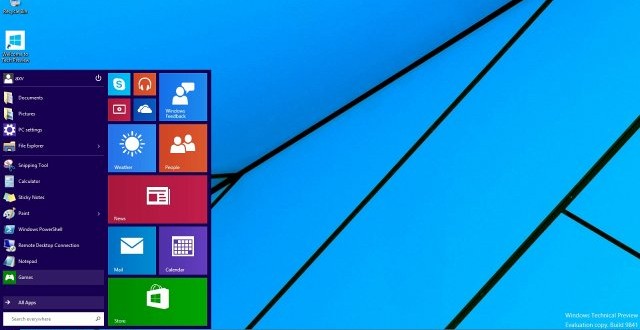 Windows 10 has already been tested by 1 million people

Microsoft surprised everyone last month when it announced that Windows 9 is no more and the new version of the operating system will be called Windows 10 instead. Shortly after making the announcement the tech giant launched a technical preview to give us a taste of what the OS is all about. This preview can be downloaded by those who have signed up for the Windows Insider program. According to Microsoft, 1 million people have already signed up for the program and we assume that most of them have tested Windows 10 as well. “Wow, thanks for the participation!! There’s now OVER A MILLION “Windows Insiders” helping us out with Win10,” Microsoft said earlier.

Now, it’s entirely possible that not everyone who signed up for the Insider program has also tried out Windows 10. However, there is also an Enterprise version of the operating system as well as a way to download the OS without having to sign up. All in all, it’s pretty safe to assume that around 1 million people have indeed checked it out by now. This number is likely to grow exponentially in the coming months as Windows 10 is shaping up to be the best version of the operating system we’ve seen in a very long time. But since this is only a technical preview Microsoft advises that you don’t download it unless you really know your way around a PC. Crashes are fairly common and there are still plenty of bugs so the experience is not exactly smooth.

Luckily, users have provided valuable feedback and the company is using it to make the operating system a lot better by the time it will be ready for launch. Microsoft said that so far it has received over 200,000 pieces of feedback submitted by users via the Windows Feedback app. A release date for Windows 10 has not been announced yet, but we should only expect the operating system to arrive “later in the year” in 2015 according to the company.

I’m Load The Game’s co-founder and community manager, and whenever I’m not answering questions on social media platforms, I spend my time digging up the latest news and rumors and writing them up. That’s not to say I’m all work and no fun, not at all. If my spare time allows it, I like to engage in some good old fashioned online carnage. If it’s an MMO with swords and lots of PvP, I’m most likely in it. Oh, and if you’re looking to pick a fight in Tekken or Mortal Kombat, I’ll be more than happy to assist! Connect with me by email markjudge (@) loadthegame.com only
@@MarkJudgeLTG
Previous Killzone Mercenary update adds PS TV support
Next Sorcerer King – Beta 1.1 Patch now available