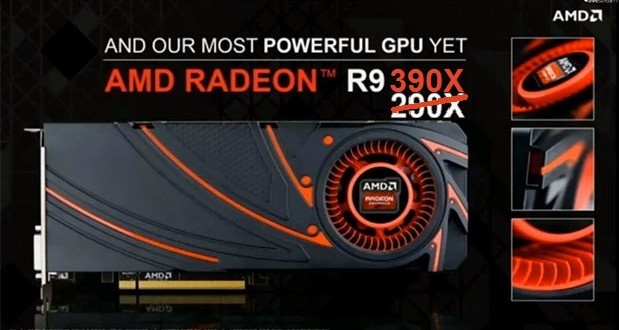 After Nvidia was in the spotlight yesterday with an alleged future launch of the Big Daddy Maxwell GM200 GPU, today its eternal AMD rival will be enjoying some attention thanks to a major leak which emerged on the SiSoft Sandra benchmarking database. It seems that AMD is pulling out its premium guns for the future battles with Nvidia, as the new Radeon Fiji XT R9 390X graphics card is nothing short of a beast. The leak reveals that the Fiji XT GPU will feature 64 GCN CUs/Compute Units for a staggering total of 4096 GCN cores. AMD’s upcoming GPU will also be fueled by 4GB of 3D stacked High Bandwidth Memory / HBM modules clocked at 1.25Ghz. For those of you who are not familiar with the 3D Stacked HBM technology, a one Gigabyte HBM Stack clocked at 1.2GHz outputs 128GB/s of bandwidth. Which means that four HBM stacks for a total of 4GB will bring to the table an impressive 512GB/s of total bandwidth. Talking about revolutionary technology… 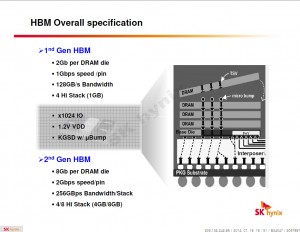 According to this leaked information, the HBM modules to be fitted on the Radeon R9 390X have been bumped up from the default 1.2GHz to 1.25GHz. This should provide a bandwidth boost of up to 533.3GB/s, more than double the memory bandwidth featured on the GTX 980 which amounts to 224GB/s. The R9 290’s 320GB/s is a fluke compared to what the R9 390X offers, as well as the 336GB/s data transfer rate of the GTX 780Ti. Radeon R9 390X is bound to offer the highest amount of memory bandwidth we have ever seen on a graphics card until now. With 4096 stream processors and 533GB/s, the Fiji XT outruns the Hawaii (R9 290X) GPU by 50% in SP units and 66% in memory bandwidth. 4K gaming should not be a problem for this monster of a graphics card. Upon release, it is possible to see both liquid and air cooled reference designs for the R9 390X, according to Videocardz. Another interesting fact worth mentioning is that Nvidia has also opted for a 50% leap in CUDA Cores for its upcoming GM200 GPU over the GM204 fueling the GTX 980. 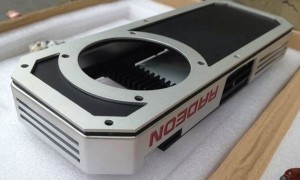 The only difference is that AMD is choosing to implement the HBM technology sooner, while Nvidia plans to employ it with the Pascal graphics architecture in 2016. Take a look below at the GM200 and Fiji XT specs as they were leaked on SiSoft Sandra. The GM204 and Hawaii cores have been added to serve as guidelines.

I'm Razvan, a sports and first-person shooter enthusiast. I've always loved writing, even more so when it involves games. When I'm not playing on my PS3 or writing, I like to run exhausting cardio workouts, play soccer, watch a good movie, or read a good book.
Previous Nvidia Shield Tablet vs Nexus 9 – bang for buck
Next Galaxy S4 vs Galaxy S5 – what are the improvements