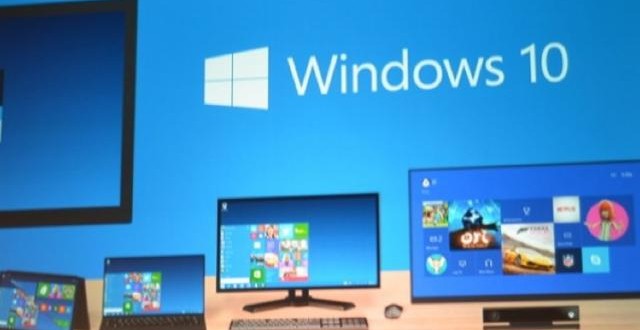 Microsoft is hosting a Windows 10 consumer preview event in January

Microsoft already unveiled the highly anticipated Windows 10 back in late September, but word has it that the company is planning yet another press event for January. While a technical preview of the operating system has already been released and is still available for everyone to try out, this event will showcase something much different. Sources close to the matter have told The Verge that Microsoft is planning to unveil the consumer preview of Windows 10 in January and also talk about a variety of new features. The available technical preview also includes various new additions, but this build is mostly aimed at developers and people who know a thing or two about the inner workings of an operating system.

By comparison, the consumer preview will be focused on new features that are of interest to the general public. Microsoft will also be present at the Consumer Electronics Show in early January, but the sources say that this is not where they will talk about Windows 10. Instead, the Redmond-based company will host a separate event that will take place at a different date. The first time Microsoft went on stage to discuss Windows 10 they were in San Francisco and their conference lasted only about an hour or so. This upcoming even however, will reportedly be much more significant as the company has a lot more to talk about this time around.

Aside from Windows 10, Microsoft is also expected to discuss their plans for the future of Windows tablets and phones. Also, The Verge mentions that the tech giant might share some details regarding an upcoming Xbox One dashboard update. According to the sources, we should hear more about the Windows 10 consumer event straight from Microsoft soon as the company will reportedly make an official announcement by the end of the year. Stay tuned for more news and updates.

I’m Load The Game’s co-founder and community manager, and whenever I’m not answering questions on social media platforms, I spend my time digging up the latest news and rumors and writing them up. That’s not to say I’m all work and no fun, not at all. If my spare time allows it, I like to engage in some good old fashioned online carnage. If it’s an MMO with swords and lots of PvP, I’m most likely in it. Oh, and if you’re looking to pick a fight in Tekken or Mortal Kombat, I’ll be more than happy to assist! Connect with me by email markjudge (@) loadthegame.com only
@@MarkJudgeLTG
Previous Nintendo eShop Update for November 27, 2014
Next Panasonic’s impressive 1-inch sensor cameraphone to hit UK in December