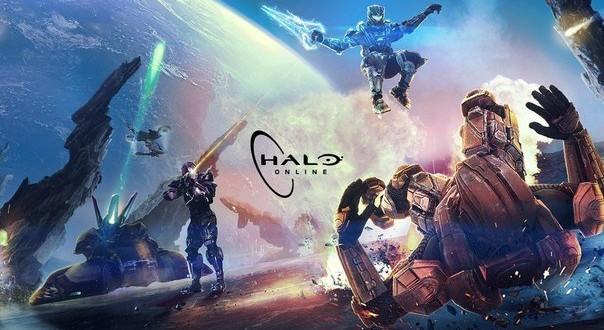 In this day and age, nothing is safe. Because technology is so advanced, it’s nearly impossible to keep files from being leaked onto the Internet. Look at what has happened to Microsoft.  Their attempt to create a Russian exclusive Halo game resulted in the “El Dorito” hack.  The not-so-secret Halo: Online has been leaked. Now, modders are working on making the game available for everyone.

From their point of view, the hackers don’t see themselves as villains. Instead, they see themselves as sort of a “Robin Hood.”They don’t believe in Halo: Online being a Russian exclusive. Rather, the hackers want Halo: Online to be an experience that PC players have asking for since Halo 3‘s release (Halo 3 was released back in 2007). Even Halo 4‘s release was disappointing as it, once more, left PC players in the shadows. Microsoft has tried to stop these files from being shared by posting DMCA notices.  Despite their attempts, the footage continues to appear.

Gamers in the Western Hemisphere have been able to access the game, but only through the help of third party services. Because the third party services are relatively unstable, gamers are experiencing lag. However, some of the footage captured reveals a crisp, clean picture for PC players.  Strikingly, the game runs at 60 FPS, running off a heavily modded Halo 3 game engine. However, you might want to hurry. Microsoft has been pulling down videos showing off Halo: Online gameplay.

From what the videos have shown, the game relies on the basic Halo elements. Players can sprint, shoot, and customize their characters. It’s unknown as to what maps are available. However, there are concerns that micro-transactions would be involved.

In a statement released to PC Gamer, Microsoft has stated, “While we’re thrilled there’s so much interest outside of Russia, the beta of Halo Online is a PC experience tailored specifically for the tastes, tech and infrastructure of the Russian market and furthermore, is still in an early state. As such, we want to ensure a quality experience for our beta participants within Russia which could be impacted through unauthorized use.”

That’s an odd statement from Microsoft. Yes, they tend to make exclusive platform games (Gears of War and Halo are good examples). At the same time, it’s interesting that Microsoft would neglect it’s PC market. After all, weren’t Halo and Halo 2 released for the PC? Doesn’t Microsoft want to maintain a heavy presence in the PC market? By bringing Halo back to the PC, Microsoft would be reaching out to the consumers they abandoned in 2004.

When he's not venturing Hyrule, he's probably out on the tennis courts. His Y-axis is always inverted.
@slimjimmy_
Previous Dungeon Travelers 2 Coming This Summer
Next MergeVR is the new cheap virtual reality for mobile