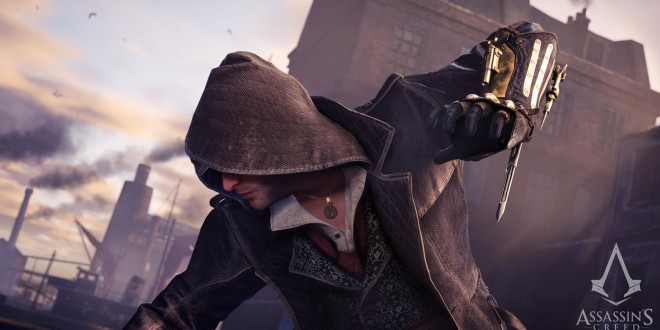 News of the latest Assassin’s Creed makes me wonder. Do we need another one? Haven’t we had enough meaningless subtitles? Meaningless collectibles infesting the mini-map? Meaningless and tedious – so very, very tedious – framing stories? Of course, it doesn’t matter what I wonder. The yearly arrival of a new AssCreed is as inevitable as death and annual EA Sports updates. And, in defense of these games, as much as Ubisoft stubbornly refuses to fix the controls, create interesting characters or make more than minor changes to its AssCreed formula, they are well-researched.

It’s the same for a lot of other recent AAA games. The graphics are generally pretty good, but otherwise they seem doomed to repeat the same successes and failures as their predecessors. Bioware has the Bioware formula. Rockstar has the Grand Theft Auto formula (check out Red Dead, L.A. Noire and the actually decent but basically identical Bully). Epic had the Gears of War formula. Grand Theft Auto V’s biggest twist was the first-person mode, and I’m pretty sure I’ve played other games in first-person before.

The exciting games – the genuinely seat-of-pants, teary-elation-sprinkling-uncontrollably-from-my-eyeballs-at-the-sheer-wonder games – are really in the land of indie, and it has been that way for some time now. Infinifactory. Rust. Kerbal Space Program. Towerfall. The Talos Principle. The random and weird experiments we cover under the Steam Greenlight Spotlight banner. And coming up: The Witcher 3: Wild Hunt, No Man’s Sky, Firewatch, Star Citizen, Inside and Heat Signature. These games create worlds unlike any seen before in gaming. New styles of graphics. New ways to play a game. New ways to tell story, express emotion, convey character. For years, indie games have been a playground for the wandering minds of eccentric artists. Now that powerful and essentially free game engines like Unity and the Unreal Engine 4 are available, these artists can more easily create imagined worlds that capture the scale of their ambitions.

When I play a game, I don’t want to just be satisfied by the experience. I want to be inspired. Gaming is a powerful medium, which can appeal and respond to players’ senses and needs in a way that no other medium can. Not TV or movies. Not books. Not boardgames. Indie games can be as entertaining as GTA V or Destiny – but they sometimes go further. They sometimes inspire. Do you really think you will be inspired by yet another AssCreed?

Obviously, we can only talk about the cream of the gaming culture’s rich milk-jug. For every amazing independent game, there are 1000 terrible flash-based fishing or karting rip-offs. But, right now, the best of the indie scene is offering gaming experiences that can take away your breath like nothing in AAA. Other arguments could be made. Indie games are (usually) cheaper than AAA games. Usually a lot cheaper. The developers are more likely to come from the hardcore gaming crowd and to want to please that crowd than the people that control ActiBlizzard or EA. Bobby Kotick is not going to take over development of Dwarf Fortress any time soon. But the most important factor is that right now, for me, indie games are just better.

It doesn’t have to be AAA vs indie. With both types of game, the world is a better place. Certainly, the gaming scene is looking a lot more healthy and democratic with the growth in the indie sector than it did just five or ten years ago. And part of the improvement in the independent sector’s standards has come from smaller developers learning their tricks or even their trade from their big budget counterparts. Maybe it’s time that games like Assassin’s Creed started learning something in return?