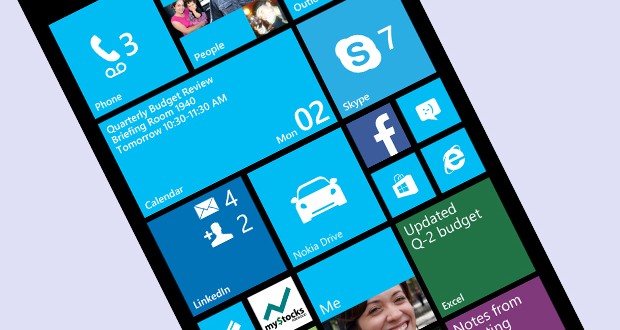 Microsoft has finally released Windows Phone 8.1 to developers. The update designed to help developers get to grips with Microsoft’s updated mobile OS, can be downloaded by registered Windows Phone developers on their devices starting today. The 8.1 is a significant update to Windows Phone 8, with new features like the Cortana digital assistant, available in US only (for now), which is Microsoft’s attempt to compete with to Apple’s Siri, that completely replaces the search function on Windows Phone, a new notification center and a support for customizable lock screens and backgrounds.

But you don’t have to be a developer to download the 8.1 update, there’s an easy way to get Windows Phone 8.1. All you have to do is go to the Windows Phone App Studio site and sign in with your Microsoft Account and create a project. Singing up is totally, and then you can simply download a special preview app on your existing Windows Phone 8 device and sign in to the app with a Microsoft Account to enable the phone to detect the 8.1 update from the “phone update” section in settings.

Though, there are some limitations you should be aware of before you enable acces to the final Windows Phone 8.1. This method of getting the 8.1 update will void your device warranty until your carrier has officially rolled out Windows Phone 8.1 and any associated carrier or device customizations. The update will only upgrade the OS software, future updates will be installable once they’re ready. The developer preview of Windows Phone 8.1 will not include the custom lock screen support that Microsoft previewed at Build. The worst part is that if you run into any early bugs with Windows Phone 8.1 on your device, you won’t be able to roll back to Windows Phone 8.

Windows Phone 8.1 won’t be made available as a standard update for Windows Phone users until later in the summer. The first worldwide available devices boarded with the Windows 8.1 operating system will be the Lumia 630 and 635 smartphones, recently announced, and the Lumia 930.

I’m Load The Game’s co-founder and community manager, and whenever I’m not answering questions on social media platforms, I spend my time digging up the latest news and rumors and writing them up. That’s not to say I’m all work and no fun, not at all. If my spare time allows it, I like to engage in some good old fashioned online carnage. If it’s an MMO with swords and lots of PvP, I’m most likely in it. Oh, and if you’re looking to pick a fight in Tekken or Mortal Kombat, I’ll be more than happy to assist! Connect with me by email markjudge (@) loadthegame.com only
@@MarkJudgeLTG
Previous Starcraft 2 kicks off its second season of ranked play for 2014
Next Facebook enters the mobile payment area