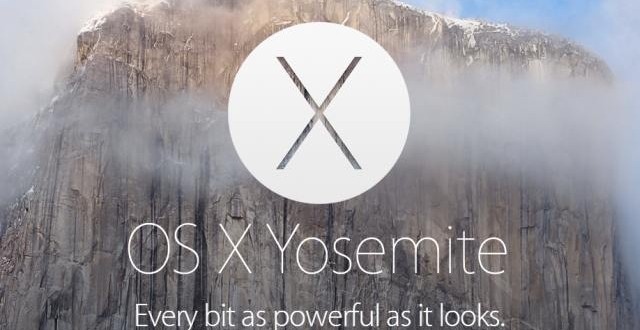 Apple revealed during the WWDC that the OS X Yosemite suffered a number of changes in regards to its user interface. If we were to look at under the hood changes however, we wont find much. In the past we’ve heard about things like the new power management features. But in this case the focus seemed to be on the UI, on some of the additional apps, and the Continuity.

The user interface is going to be the thing that people see the most. Even if you make small changes to the UI, it always looks like something major because that’s what people put their hands on and touch the most. Apple has said more than once that they do intend to keep the desktop experience and the mobile experience ultimately separate, even if they look like they’re converging a little. With OS X Yosemite we’ve seen some interesting stuff for the first time in a while. For example, the system typeface has changed and it looks a lot more similar to the iOS 7. We’ve got flat style icons and there’s transparency throughout the operating system that looks a lot like the iOS 7 does.

There are a lot of visual changes, which make it seem like they shifted more towards the mobile side. But I think we will always see on the OS X Yosemite desktop things like the Finder, access to the file system, and the ability to install apps outside of the App Store. There will always be key differentiators and Apple is very aware that desktop users want that, and they’re going to keep those features. The new Notification Center is a pretty big improvement over the last one. Apple has added customization so you can now drag and drop items on it. They’ve really expanded it, and made it less like an iOS experience. Additionally, you can now install things on it like widgets and apps. It sounds like a secondary user interface. It’s like they’ve taken things from the desktop and slid them over there so that you can have quick access to them. It’s a neat idea because some people heavily use the Notification Center.

Continuity for the OS X Yosemite features several components. One of the most interesting and overdue is that Airdrop now works between mobile and desktop. Previously, even though the Airdrop feature was present on iOS, you couldn’t actually use it to transfer items between the iOS and the MAC desktop. Now they’ve finally changed the feature. If you’ve got a picture on your phone that you want to send over to your computer you can just Airdrop it and it will go over. The real additions that Apple brings to the table here are integration and ease of use. There are many cases where some of the stuff available by third parties doesn’t really work quite the way it should, but Apple could make it work. The question is: will they? We’ll just have to wait and see if they can really pull it off.

I’m Load The Game’s co-founder and community manager, and whenever I’m not answering questions on social media platforms, I spend my time digging up the latest news and rumors and writing them up. That’s not to say I’m all work and no fun, not at all. If my spare time allows it, I like to engage in some good old fashioned online carnage. If it’s an MMO with swords and lots of PvP, I’m most likely in it. Oh, and if you’re looking to pick a fight in Tekken or Mortal Kombat, I’ll be more than happy to assist! Connect with me by email markjudge (@) loadthegame.com only
@@MarkJudgeLTG
Previous Android 4.4.3 arrives for Moto X, E and G, HTC One (M7) and Galaxy S4 GP
Next Swift, a new programming language developed by Apple