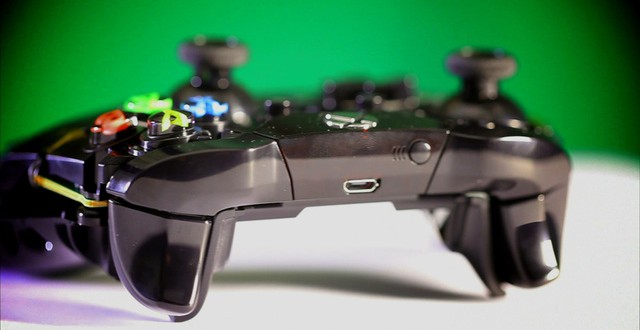 The long-awaited PC Drivers for the Xbox One controller are finally available. Major Nelson announced earlier that the drivers will be part of an upcoming Windows Update. But if you’re eager to plug in your Xbox One controller and play some games, you can already download them. “We’re planning to release the drivers as part of a Windows update in the near future; however, today, I am happy to offer  early access to our dedicated PC gamers on MajorNelson.com.” PC Drivers for the Xbox One controller are available for both x86 and x64 versions of Windows. Xbox Live’s Director of Programming states that following the Xbox One driver installation you will be able to play all the games supported by the Xbox 360 controller.

“We know our fans have wanted PC compatibility, and we know they wanted to be able to use the Xbox One controller with the same games and applications they have been playing with using the Xbox 360 controller. We can’t wait for them to play their favorite PC games with what we consider the best controller ever made and we’re excited for fans to experience the improved D-pad, redesigned battery compartment, new comfortable design and offset analog sticks. The new PC drivers will enable the Xbox One controller to be used with any game that featured gamepad support for the Xbox 360 controller. Simply download the drivers, connect your Xbox One controller to your computer through a micro USB cable and you’ll be gaming in no time.”

As a final note, Nelson invites everyone to check out Microsoft’s E3 media briefing. Last month the company revealed that this year’s conference will be mostly focused on games. Aside from in-depth looks at previously revealed games, we can also expect trailers for unannounced ones to be presented at the event. We know for sure that Insomniac Games’ Xbox One exclusive Sunset Overdrive will be playable at the expo. Also, Halo 5: Guardians will most likely make an appearance in one form or another. The game will only be released next year, but more details will surely be revealed at the conference. Aside from that, we’ll probably see the recently announced Forza Horizon 2 and some sort of announcement involving Titanfall. Games aside, I expect Microsoft will go on a tangent about the Kinect-less Xbox One and burst into song at the end of the show.

I’m Load The Game’s co-founder and community manager, and whenever I’m not answering questions on social media platforms, I spend my time digging up the latest news and rumors and writing them up. That’s not to say I’m all work and no fun, not at all. If my spare time allows it, I like to engage in some good old fashioned online carnage. If it’s an MMO with swords and lots of PvP, I’m most likely in it. Oh, and if you’re looking to pick a fight in Tekken or Mortal Kombat, I’ll be more than happy to assist! Connect with me by email markjudge (@) loadthegame.com only
@@MarkJudgeLTG
Previous Defiance is now free-to-play
Next Dead Rising 3 coming to PC this summer