Breaking News
Home » Tech » 5.5-inch Nexus 6 rumored to be in the works and will be released this year 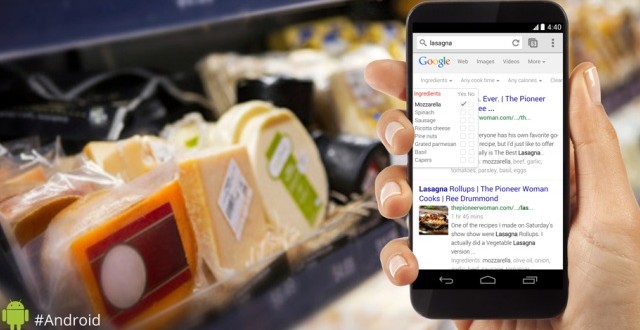 5.5-inch Nexus 6 rumored to be in the works and will be released this year

Word on the street is that the Nexus line has been cancelled in favor of the Android Silver program, which means we shouldn’t expect to see the Nexus 6 anytime soon. Or should we? Well, according to a report by Austroid, Google has plans to release at least one more Nexus handset before the Silver initiative kicks in early next year. The article says that a source within the company who is close to the project can confirm that the Nexus 6 is currently in the works and will be released sometime during October or November of this year. The device will apparently come equipped with a 5.5-inch display, similar to the recently released LG G3 flagship smartphone.

The source wasn’t able to reveal any more details so we don’t have much to go on at the moment. While this rumor isn’t exactly solid proof that the Nexus 6 is on the way, it does give some more credence to a previous leak that claims the Nexus line is still alive and kicking. According to a recent report, Google is working in collaboration with HTC on the 8.9-inch Nexus 9 tablet. The device is currently being called Volantis, but we don’t know if it will be released under this name. Aside from the name, we also know its specs and a Q4 release window.

This leak comes from a reliable source, but we still need to wait for confirmation from Google in order to be certain. But if the Nexus 9 is on the way that means that the line is still alive so the Nexus 6 might indeed be in the works as well. Given that HTC is working on the tablet, it’s unlikely that they will also be manufacturing the smartphone. Another possible candidate would be LG. The Korean company stated earlier this year that they are not working on the Nexus 6, however rumor has it that they are collaborating with Google on an unannounced device.

Last month notorious leaker @evleaks said that the Android Silver program will kick off early next year and one of the first handsets to receive the certification will be manufactured by LG. He also claims that it will feature a Qualcomm MSM8994 processor and that it will be available in the US this February via Sprint. He didn’t mention a name for the device, but it’s possible that this handset will be the Nexus 6. On the other hand, the Austroid report claims the Nexus 6 will arrive later this year, not early 2015.

So in the end we have a few reports and rumors that don’t actually confirm much, but they do give us something to look forward to nevertheless. As usual, we advise you to take this info with a pinch of salt until it can be confirmed. Google’s I/O 2014 developers conference is just around the corner so maybe new details will emerge during the event. We’ll let you know as soon as we learn something else so stay tuned.

I’m Load The Game’s co-founder and community manager, and whenever I’m not answering questions on social media platforms, I spend my time digging up the latest news and rumors and writing them up. That’s not to say I’m all work and no fun, not at all. If my spare time allows it, I like to engage in some good old fashioned online carnage. If it’s an MMO with swords and lots of PvP, I’m most likely in it. Oh, and if you’re looking to pick a fight in Tekken or Mortal Kombat, I’ll be more than happy to assist! Connect with me by email markjudge (@) loadthegame.com only
@@MarkJudgeLTG
Previous Huawei Ascend P7 sells over 1 million units in just a month
Next World of Warcraft Player Hits 90 Without Choosing To Be Horde or Alliance