Breaking News
Home » LTG Slider » Mass Effect 4 will be based on gamer feedback, featured at SDCC 2014 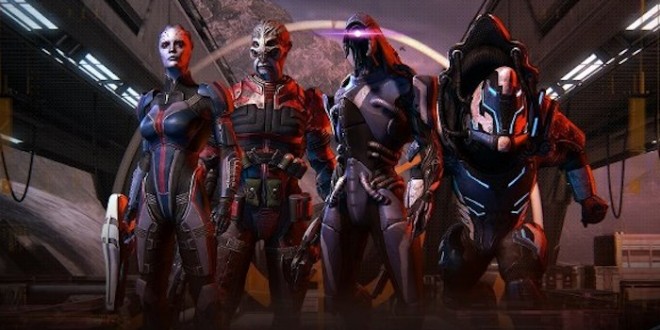 Mass Effect 4 will be based on gamer feedback, featured at SDCC 2014

There’s a lot of news surrounding Bioware’s highly anticipated addition to the Mass Effect universe, mainly Mass Effect 4. The game has been confirmed and is deep in development, a process that seems to be at least partially based on gamer feedback. It’s clear that Bioware is trying to learn from past mistakes and is aiming to avoid disappointing its fans as was the case with the original story ending of Mass Effect 3. This time around, the company is surveying the fans of the series in order to try the make the most of the game. Mass Effect 4 producer Michael Gamble reached out to fans via his Twitter page, asking them to fill out a survey about what they expect to see in the next game.

Help us make the next Mass Effect game the best one yet. Id appreciate it if you folks did this short survey… https://t.co/XAH1xjNNty

Questions within the survey deal with a wide array of topics, including the RPG elements players would most likely be interested in (skills, leveling system, etc.), as well as other aspects like combat, story or customization options. The survey is not the first attempt from Bioware to get things right. The company has based the development of Mass Effect 4 on player feedback right from the start. That was the core basis of creating Mass Effect 4, and most players seemed to be asking for a new experience, with new places to visit and discover. Well, new seems to be the defining word for the latest installment in the RPG hit, with a different time-line and different characters being the first step in achieving this. Shepard might not be coming back, but that just might be a good thing. The Mass Effect universe is certainly big enough to be above one single character. The game was briefly teased and described last month at E3 too:

Earlier this week, Bioware has also confirmed that Mass Effect 4 will be featured at SDCC 2014, as in San Diego Comic Con. That means we’ll be seeing a lot more of the space-RPG in the coming weeks and months, and we’re extremely interested to see what Bioware will come up with. Here’s hoping ME4 will become the jewel it has the potential to be. Of course, you can contribute to that by taking the survey yourself! What are your expectations for Mass Effect 4?

Old-school gamer with a cheeky tongue that gets me in trouble. When I'm not playing games, I'm writing about them, preferably in the vicinity of a fridge! Oh, and if you're a Justin Bieber fan, I'm afraid we can't be friends!
Previous Further changes to Battlefield Hardline announced
Next Portal 2 mod Aperture Tag available on Steam, adds new campaign