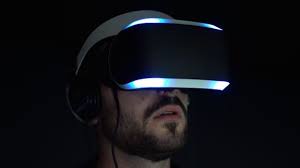 According to Techradar, a source close to Microsoft has revealed that the technology giant is still lagging behind its rivals in getting a virtual reality headset released to the public. Although Microsoft are known to be heavily investing in VR technology and augmented reality, they are still in the very early stages of development. The company will certainly want to be researching the possibility. Many of their rivals have already unveiled virtual reality devices and they will not want to be left behind in a technological arms race. It also makes sense for Microsoft to want to release a VR headset as they would be able to market it in a similar way to Kinect, releasing it on both on the Xbox One and PC. It could also be possible for them to integrate the technology with Kinect to provide a full hands free experience.

A number of companies are already working on their own VR technology. The most prominent is Oculus Rift. The company, which was recently bought by Facebook in a $2 billion deal, are at the forefront of the new technology. Many dev kits are already in the hands of developers who have created a range of software products, from re-creating South Park to helping an elderly women ‘walk outside’ one last time. Several companies have already added support for the Oculus VR, such as Valve in Team Fortress 2 and internet browsers Chrome and Firefox.

Sony unveiled their own virtual reality headset at this year’s Game Developer’s Conference. The Japanese company has already revealed that developers are working on adding support for the device to their games, while the headset will also work with the PS Vita. Meanwhile Samsung is also working on a headset that they hope will prove to be a step-up from both Sony’s Project Morpheus and the Oculus VR. Samsung are planning on releasing the new hardware at the end of 2014.

Freelance writer with a love for gaming. Have owned pretty much every console and handheld from the last 15 years. When I'm not writing about games, which I am most of the time, I tend to be reading, writing about sport, binge watching shows on Netflix...or playing the odd video game.
@nathanpgibson
Previous Assassin’s Creed Unity aims to be historically accurate according to Ubisoft
Next The Banner Saga Collector’s Edition coming July 26