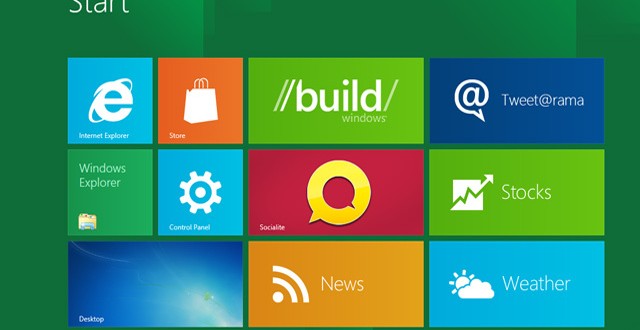 A technical preview of Windows 9, also known as Windows Threshold is expected to arrive on September 30th. Seeing as how that date is approaching fast, Microsoft is working hard to make sure that the preview includes plenty of new features for users to test. One of these features is the notification center, which was also launched for the Windows Phone a short while ago. Coincidence or not, we’re bound to see this feature on Windows 9 as well according to Neowin. I’m inclined to believe them seeing as how most of the Windows 9 leaks originated on the Neowin forums, but take it with a grain of salt for now nevertheless.

As for this new feature, it’s exactly what it sounds like. The notification launches from the system tray and highlights notifications while also sorting them based on the app that triggers the event. You can remove these notifications one by one, or clear them all at once with once click. Another interesting thing to note is that while the notification center takes over the entire display on WIndows Phone, the Windows 9 version can be found in a small window in the corner of your desktop. The source also mentions that the current version is rather basic so it wont arrive to Windows 9 with all the functionality found on Windows Phone.

This is hardly surprising however as Microsoft is also testing several other features before deciding if they should be added in the final build. Keep in mind that this is just a technical preview and the main goal here is to see how consumers react to these new features. Speaking of new additions, Windows 9 is said to feature the intelligent personal assistant Cortana. Just like the notification center, the Halo inspired assistant is also available on Windows Phone . Her Windows 9 version underwent a number of changes as well in order to better transition to the desktop. Word has it that Microsoft is still not sure if Cortana will make the final build of Windows 9, but I’m certainly keeping my fingers crossed that she will.

Aside from Cortana and the notification center, Windows 9 will also feature a new start menu. Well, maybe new is not the right word here as it’s basically a combination between the Windows 8 interface and the Windows 7 start menu. Still, it looks pretty good and I think most users will be happy with it. The upcoming OS will also be able to run windowed Metro-style applications and last but not least, Microsoft decided to remove the Charms bar, which is another welcomed change. All in all, Windows 9 is shaping up to be a pretty great operating system all things considered, but we’ll only get a better idea about it on September 30th when the technical preview launches.

I’m Load The Game’s co-founder and community manager, and whenever I’m not answering questions on social media platforms, I spend my time digging up the latest news and rumors and writing them up. That’s not to say I’m all work and no fun, not at all. If my spare time allows it, I like to engage in some good old fashioned online carnage. If it’s an MMO with swords and lots of PvP, I’m most likely in it. Oh, and if you’re looking to pick a fight in Tekken or Mortal Kombat, I’ll be more than happy to assist! Connect with me by email markjudge (@) loadthegame.com only
@@MarkJudgeLTG
Previous Galaxy Alpha mid-range version coming up
Next Android Wear on Com 1 makes for a cheap smartwatch