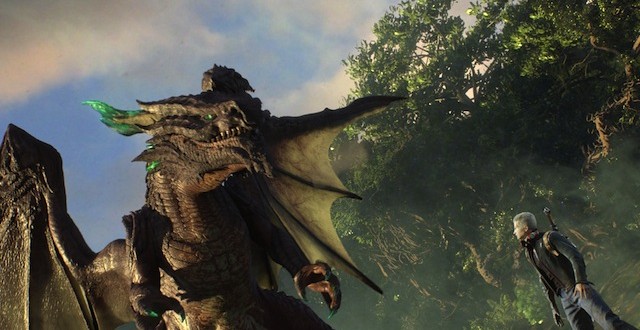 Back at E3 2014, Microsoft surprised everyone by announcing a very promising new IP called Scalebound. The game is being developed by Platinum Games and involves lots of dragons, hydras, and other mythical creatures. Unfortunately, all we got was a trailer and although it looked downright jaw-dropping, we were hoping to maybe hear some more details about the game. The situation hasn’t changed much since then but at least Microsoft has finally managed to file a trademark for Scalebound. Generally speaking, companies tend to file these trademarks as soon as they start developing a game, or even before in some cases. We’re not sure why it took Microsoft several months to do it but I guess everybody does things their own way.

In any case, the filling doesn’t exactly gives us any major details about the game, however,  it does reveal something very interesting. The document tells us that Scalebound was filled under the “game software” category, but more important, it also appear under the “entertainment services, namely, providing an on-line computer game” category. This implies that the game will have an online component, presumably co-op multiplayer. Platinum Games boss Hideki Kamiya hinted earlier this year that Scalebound will be an open-world game and that you can befriend dragons in it, so this is definitely going to be a fun game to play with friends. Although we don’t have any other details at this time, the trademark could mean that Microsoft might be ready to share some with us soon.

As for Scalebound being open-world, Kamiya didn’t use those exact words, but that’s what he summed to suggest in a statement he made back in September. “This image, this vision we have of these large monsters having these super high impact, dynamic sort of battles – probably the perfect environment and setting that we can give to show that off would be a place in this sort of vast space, natural environment. I do wanna bring that out and be able to showcase it in the right kind of setting,” he said. 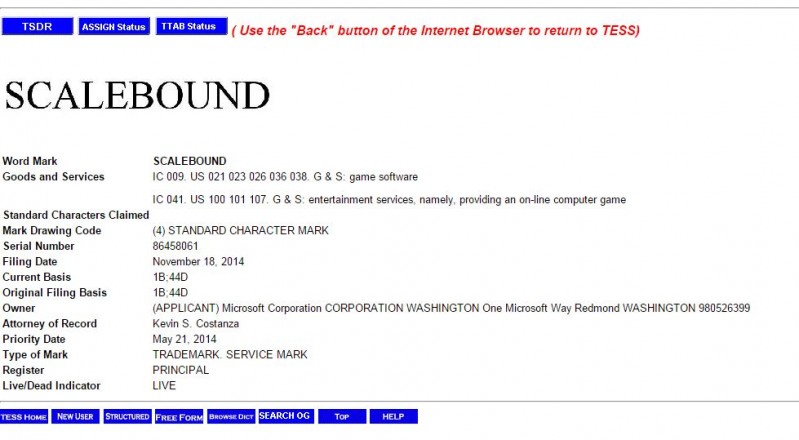 I’m Load The Game’s co-founder and community manager, and whenever I’m not answering questions on social media platforms, I spend my time digging up the latest news and rumors and writing them up. That’s not to say I’m all work and no fun, not at all. If my spare time allows it, I like to engage in some good old fashioned online carnage. If it’s an MMO with swords and lots of PvP, I’m most likely in it. Oh, and if you’re looking to pick a fight in Tekken or Mortal Kombat, I’ll be more than happy to assist! Connect with me by email markjudge (@) loadthegame.com only
@@MarkJudgeLTG
Previous Samsung Galaxy S6 to potentially make use of UFS storage
Next Warframe Archwing update now also available on the PS4