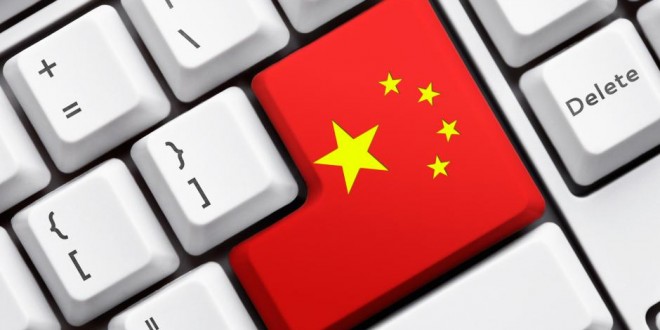 Apple and Microsoft to be banned by the Chinese government

Apple received a hard blow from China yesterday, as the government decided to exclude iPads and MacBooks from a list of products that can be bought with public money. This decision was encouraged by the security issues China had to deal with lately, and led to the banning of ten Apple products. Apple isn’t the only company whose devices were excluded from the list, in fact, it’s the latest of them because the Chinese government also excluded Microsoft Corp. a while ago. Claiming security issues like hacking and cyberspying, China also seized any relationship with Symantech Corp. and Kaspersky Lab.

“When the government stops the procurement of products, it sends a signal to corporates and semi-government bodies; The Chinese government wants to make sure that overseas companies shouldn’t have too much influence in China,”  said Mark Po, an analyst with UOB Kay Hian Ltd. in Hong Kong.

The list from which these companies were excluded was made in June, but as the officials involved in this project wanted to be anonymous, the information was kept a secret until yesterday when a spokesman made it all public. The fact that ten Apple devices including all iPads and MacBooks won’t be available in China will surely affect Apple’s incomes. The Chinese market brought Apple $37,4 billion incomes last quarter, meaning about 16% of all Apple sales were made on this particular market. So indeed, a hard blow for Apple. The company declined to comment about the subject, mostly because last year there have been numerous accusations of corporate secrets thefts towards Chinese military officers.

Just as Apple loses a lot of ground in the Chinese market, so will Microsoft and Google. Lenovo sales increased up to 1,7% in Hong Kong while Hang Seng Index met decline. Microsoft was also caught off guard when China stopped buying Windows 8, because of security issues, they said. What came next was also pretty disturbing, because the Chinese government seized computers running Windows OS and documents from all the offices in three big cities. Along with Microsoft, Facebook Inc., Google Inc. and Apple were also accused of working with the U.S. spying program. Apple’s iPhones were harshly accused of running a software that helps national security secrets leaks get to the wrong hands, but of course, Apple denied every accusation.

It’s pretty sure these actions targeted the U.S., not the companies, but being excluded from the Chinese market will affect all of them. Unfortunately, China went further with strengthening their security, and imposed new restrictions on instant messaging tools. The users will be forced to use their real names when they register and get proper approval when they wish to publish political news. These restrictions begun last year when China decided to clean up the internet of false news regarding rumors, and continued this year with forcing social networks users to register with their real names and give their private data, if they want to “exist” on Twitter or Facebook. Plus, apps like WeChat will be strictly supervised, and everyone must “comply to the laws” if they want to use instant messaging tools.

I’m Load The Game’s co-founder and community manager, and whenever I’m not answering questions on social media platforms, I spend my time digging up the latest news and rumors and writing them up. That’s not to say I’m all work and no fun, not at all. If my spare time allows it, I like to engage in some good old fashioned online carnage. If it’s an MMO with swords and lots of PvP, I’m most likely in it. Oh, and if you’re looking to pick a fight in Tekken or Mortal Kombat, I’ll be more than happy to assist! Connect with me by email markjudge (@) loadthegame.com only
@@MarkJudgeLTG
Previous NPR One listens to the listeners
Next Killzone: Shadow Fall’s low resolution causes Sony to get sued for deceptive marketing